Tax fraud is not limited to the young. The IRS has once again demonstrated that its pursuit of American citizens who commit tax evasion through the use of offshore bank accounts does not diminish when taxpayers of advanced age are involved. Seventy eight- year-old Peter Troost, of Skokie, Illinois, recently pled guilty to tax fraud charges stemming from his use of a Swiss bank account to evade more than $1 million in taxes dating back to 1999. Earlier this year, the TaxProblemAttorneyBlog discussed the prosecution and ultimate acquittal of Hawaiian auto mogul James Pflueger for offshore tax evasion and other criminal tax charges, noting that despite his age of 87 years old, the Department of Justice vigorously prosecuted the case arising from his offshore bank accounts. 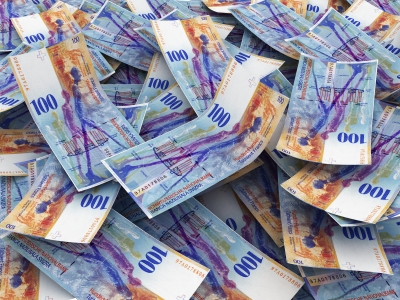 Now, Peter Troost, the owner of Troost Memorials, a seller of gravestones and other cemetery markers, has pled guilty to an offshore tax evasion scheme in which he diverted income from both his business and various rental properties into a Swiss Bank Account located at UBS. According to his plea agreement, Troost diverted taxable income into his UBS account for at least 10 years, beginning in 1999. Troost admitted to intentionally failing to report both interest income and income from his business throughout his offshore tax evasion scheme. The timing of the end of Troost’s offshore arrangement (and its discovery) is unsurprising, considering the IRS’ increased scrutiny of offshore banks accounts resulting from UBS’ deferred prosecution agreement to provide information about U.S. account holders that began in 2009.

According to the Department of Justice, Troost is the first taxpayer to be charged in Federal Court in Chicago arising out of the United States’ 2009 agreement with UBS and other Swiss banks for those banks to provide information about U.S. taxpayers holding offshore bank accounts. Given the Department of Justice’s vigorous prosecution of taxpayers who commit offshore tax fraud, Troost may not be the last Chicago-area businessperson to be investigated for use of an overseas bank account. Although Troost’s involvement with UBS lasted for at least 10 years, given the IRS’ increased enforcement efforts against individuals who own undeclared offshore bank accounts it is unlikely that many taxpayers will remain undetected for that long in the future.

Although Troost had already paid a substantial amount to the IRS including over $1 million in back taxes and a $3.75 million civil penalty, U.S. District Judge John Tharp, Jr. felt that financial penalties alone would not suffice to deter other potential tax cheats. In sentencing Troost to one year in federal prison followed by a year of supervised release and 200 hours of community service (not to mention an additional $32,500 fine), Judge Tharp stated that Troost’s “deliberate, conscious decision” to evade taxes merited the more substantial sentence that he imposed. Despite Troost’s advanced age, no special consideration was given to him during the sentencing.

If you have tax problems, don’t let them turn into criminal tax problems. Contact a tax litigation lawyer for help.