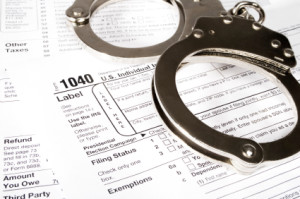 The tax evasion conviction of Dr. Edward Picardi was upheld by the Eighth Circuit last month. Also upheld was his conviction for failure to file Foreign Bank Account Reports (FBARs), Form TDF 90-22.1. Picardi was sentenced to five years in jail. According to the Department of Justice press release and various press reports, Picardi was advised by attorney and CPA Anthony Kritt on setting up an “employee leasing program.” Picardi entered into a contract with an offshore corporation to lease his services as a physician. That company in turn contracted with Professional Leasing Services, Inc. a Nevada corporation that was operated by Kritt to provide Picardi’s services to Professional Leasing Services (PLS). In turn, PLS contracted with Picardi’s medical group to lease Picardi’s services to it.

A large portion of the “leasing fee” was transferred into offshore bank accounts set up by Picardi. Picardi didn’t report this fee as income on his tax returns on the theory that he should have been unable to access it until he retired or turned 70 years old. It appears that Picardi’s defense at trial was that he believed the transaction was legitimate based upon the advice he received from Kritt. Apparently the jury didn’t buy it because he was convicted.

The interesting part is the IRS also brought criminal tax charges against another physician, Dr. Randy Brodnik, and Kritt arising out of a series of similar transactions involving employee leasing and the use of offshore bank accounts. Kritt and Brodnik were, however, acquitted of all charges. Without having been at the trial it is hard to say why Brodnik and Kritt were acquitted and Picardi was not. However, our tax litigation attorneys found an interesting footnote.

At Picardi’s trial he called Brodnik as a witness, and it turned out that Brodnik had filed a quiet voluntary disclosure reporting all of the income. Our tax lawyers don’t know whether the quiet voluntary disclosure was filed in a timely manner. However, it is certainly possible that the jury considered this fact as significant in its deliberations.

The lesson here is that a quiet voluntary disclosure may not protect against the IRS bringing criminal tax prosecutions, but it may turn out to be a factor that keeps someone out of jail.

I’ll be on Money Talk 101 on KFWB 980 Radio with Bob McCormick on Wednesday 3/12 from 10AM to 1PM talking about tax problems and fielding questions from the listeners.