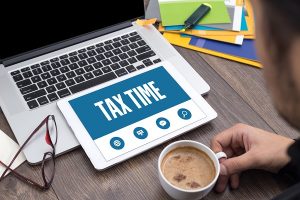 •Do the tax benefits far outweigh the economic benefits?

•Is this a transaction you would seriously consider, apart from the tax benefits, if you hoped to make a profit?

•Do shelter assets really exist and, if so, are they insured for less than their purchase price?

•Is there a non-tax justification for the way profits and losses are allocated to partners?

The IRS also provides a list of transactions that they have found to be commonly used tax shelters, which includes debt straddles, sale-in lease-out transactions, basket options contracts, and many more complex transactions that are designed to avoid tax.

The IRS will carefully scrutinize any reportable transactions, so consult your tax attorney before participating in any of these tax shelters. There are many scams that are promoted as legitimate tax reduction transactions, but are actually illegal tax shelters.

There are several tax penalties associated with promoting or participating in an abusive tax shelter. The penalty for promoting an abusive tax shelter is $1,000 for each organization or sale of an abusive plan or arrangement (or, if les, 100 percent of the income derived from the activity). There is also a penalty of $1000 ($10,000 if the conduct relates to a corporation’s tax return) for aiding and abetting in an understatement of a tax liability. Because there are generally multiple sales involved the penalties can add up quickly.

Tax practitioners that are subject to discipline by the IRS Office of Professional Responsibility (OPR) can expect an OPR investigation if they have been found to be associated with promoting an abusive shelter.

Contact a tax litigation lawyer if you have been accused of  promoting or participating in an abusive tax shelter, or if OPR has begun an investigation that could threaten your livelihood.