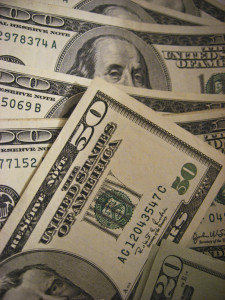 Each and every year April 15th brings fear and dread for millions of Americans who fear that they will face a hefty tax liability. Some may even choose to put off the filing by requesting an extension prior to the filing deadline, but the fact remains that the tax will have to be reported and paid at some point. However, for some, their tax return may contain an unexpected surprise: a significant tax refund.

But, if you didn’t expect to receive anything back or if you expected to have to pay, proceed with caution. The refund may be the product on an IRS error. Although the original mistake may be the fault of the IRS, you can still face an audit and other serious tax consequences.

Why are tax refunds issued?
When tax payments are exceeded by the tax liabilities a refund is due. Sometimes a refund is caused by excessive tax withholding. According to the IRS, in 2004, 77% of filed returns triggered a refund. The average refund for that year was $2,100. However, some refunds were significantly higher than this amount. If you receive a refund that doesn’t match your tax return it may indicate that a mistake has been made by the IRS.

You should expect a notice from the IRS within a few days of receiving the refund. If the amount is out of line with what you expected, it is prudent to hold on to the funds and not to spend them until you receive this notice that should explain the refund. If the explanation does not match the refund, you may need to return some or all of the money to the IRS. If you fail to do so the IRS can pursue you for the inadvertently disbursed funds, with interest.

A Mistaken Tax Windfall Can Result in a Prison Sentence
Consider the infamous case of, a Laguna Beach, California man, Stephen McDow who was mistakenly issued an IRS tax refund of $110,000. Mr. McDow found the refund deposited in his Citibank account after the rightful recipient, 67 year old Michelle D., mistakenly provided the IRS with her former bank account number that had been closed in or about 2005. After Mr. McDow received the money, he claimed he thought it was an answered prayer and spent the money to resolve past debts including student loans and expenses from a foreclosure.

Mr. McDow was charged with one felony count of theft of lost property. The potential sentence for the crime was enhanced by the fact that the property was worth over $65,000. Despite the fact that Mr. McDow may not have thought he stole anything he faced a 4 year prison sentence. It pays to be cautious and to wait for an explanation prior to spending a larger than expected refund. In the end, Mr. McDow’s family loaned him the funds to pay back Michelle D, and he was sentenced to 60 days in jail, and 18 months of probation. However if these resources had not been available, the consequences could have been even more severe.

An audit often comes after the refund
This case is clearly an outlier but errors of this type can and do occur and taxpayers must be wary. This is because many people assume that the issuing of a refund indicates approval or, at least, some level of review by the IRS. In reality, the audit can often follow the refund. In fact, in most situations, the IRS has up to 3 years to audit your return. Even if your return has been reviewed and the IRS has corrected math errors, an audit can still occur.

Rely on our experience to resolve your tax problems
The Brager Tax Law group is dedicated to assisting individuals and business with serious tax problems including those caused by an erroneous refund. We can advocate on behalf of the taxpayer and negotiate with the IRS to resolve the issue. To schedule a confidential and initial consultation call 800-380 TAX LITIGATOR or contact us online today.