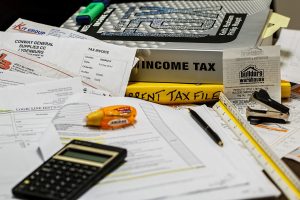 Periodically, the Brager Tax Law Group surveys tax preparers and/or taxpayers on a variety of issues. Our most recent survey targeted tax preparers and their interaction with the IRS in a number of areas, including disclosure programs, FBARs and marijuana businesses.

The survey contained several quantitative questions with a scale from 1 to 5 with 1 as poor and 5 as excellent. The lowest scoring statement was respondents’ experience in getting a response from the IRS within a few business days, which scored only 1.96. The highest score was on respondents’ experience in participating in the Offshore Voluntary Disclosure Program, which scored 3.20. Overall interactions with the IRS scored 2.79.

No survey respondents have been contacted by the IRS subsequent to filing amended returns as part of the Offshore Streamlined Procedure submissions.

Respondents indicated that from zero to less than five percent of the tax returns they prepared in prior years were audited in 2015. The majority said that this is the same amount as in 2014.

About two-thirds of survey respondents said that compared to previous years, IRS tax examiners or revenue agents have had the same level of reasonableness in the application of the tax law and have had the same degree of aggressiveness in collecting overdue taxes, although slightly over 15 percent said personnel were more aggressive.

About one-third of respondents thought that the IRS’ Automated Collection Service (ACS) had been more aggressive in collecting overdue taxes, while about half indicated ACS was the same as previous years.

Over 40 percent of respondents noticed an increase in FBAR filers compared to the previous filing season; however, over 50 percent indicated that the number of FBAR filers was the same.

Although the Brager Tax Law Group expected many of the responses, it’s always interesting to hear from our colleagues and compare their opinions.