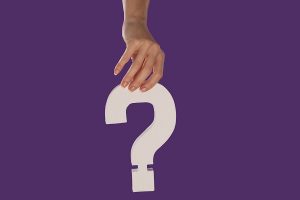 There are three different types of innocent spouse relief. The IRS offers these defenses to taxpayers who want relief from the joint and several liability that is imposed on married taxpayers who file joint returns.

To qualify for traditional innocent spouse relief, you must meet all of the following conditions:

END_OF_DOCUMENT_TOKEN_TO_BE_REPLACED

Married taxpayers often choose to file joint tax returns because of the higher standard deduction amounts, marginal tax rates thresholds, and other benefits. One aspect of joint filing that taxpayers are sometimes unaware of is that both taxpayers are jointly and severally liable for the taxes due, as well as any penalties or interest that are imposed by the IRS.

END_OF_DOCUMENT_TOKEN_TO_BE_REPLACED 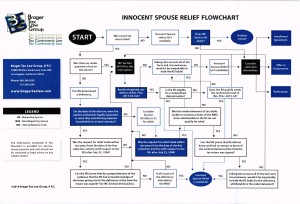 Many married couples find it advantageous to file a joint tax return rather than filing separately. This comes as no surprise as the federal government has built a number of tax advantages for married couples filing jointly into the tax code. These benefits include:

END_OF_DOCUMENT_TOKEN_TO_BE_REPLACED

In IRS Notice IR 2012-3 the IRS announced that innocent spouse defenses pursuant to IRC Section 6015(f) will become a little easier. Generally there are three different kinds of innocent spouse defenses, each with its own rules and exceptions. IRS Notice 2012-8, which somewhat confusingly was announced in IRS Notice IR 2012-3, sets out a proposed new Revenue Procedure which will supersede Revenue Procedure (Rev. Proc.) 2003-61. IRS Notice 20012-8 addresses the criteria used in making innocent spouse relief determinations under the equitable relief criteria of Internal Revenue Code Section 6015(f). The IRS Notice covers several topics. It provides for certain streamlined determinations; it creates new guidance on the potential impact of economic hardship, and the weight to be accorded to certain facts in determining equitable innocent spouse relief. Importantly it also expands how the IRS takes into account abuse and financial control by the nonrequesting spouse in deciding whether to grant equitable relief.

The IRS is inviting comments on the forthcoming proposed Revenue Procedure. The comments must be submitted by February 21, 2012.

In the end, however, the granting of innocent spouse relief is based upon all of the facts and circumstances. Only by discussing your case with a knowledgeable tax litigation attorney can you determine if you are likely to prevail.
END_OF_DOCUMENT_TOKEN_TO_BE_REPLACED

While this rule is well established, in Williams v. Commissioner, T.C. Summ. Op. 2009-19, the Tax Court made a strong taxpayer friendly statement as to how the term economic hardship is to be interpreted. Mrs. Williams had received nearly $500,000 in her divorce settlement. Nevertheless, the Tax Court found that she would suffer economic hardship if the $25,000 tax payment were made. The Tax Court made its determination because the $500,000 was paid to Mrs. Williams’ parents to reimburse them for the amounts that they had lent to her to pay the legal fees incurred in the divorce. It was the IRS position that this money should have been used to pay the taxes, and therefore Mrs. Williams was not an innocent spouse . The Tax Court held that “Taxpayers are not required to choose among which debt to pay for determining economic hardship….”

This is a very important principle, and one which the IRS almost universally overlooks. This statement from the Tax Court could be useful in future cases; however, its value is limited because Williams is a “summary opinion,” and therefore is not legal precedent.

END_OF_DOCUMENT_TOKEN_TO_BE_REPLACED

which allows relief if “taking into account all the facts and circumstances it is inequitable to hold the individual liable.” One of the tests that the Tax Court, and the IRS looks at in determining whether an individual is entitled to equitable innocent spouse relief is whether payment of the tax would cause an economic hardship. It is sometimes difficult to convince the IRS that anyone living at anything above the poverty level is suffering economic hardship, and this case was no different.

At the time of trial, Mrs. Alioto had about $100,000 in a retirement account, and little else in the way of assets. She was earning about $121,000 per year. The IRS determined that no economic hardship would ensue if Mrs. Alioto was forced to pay the approximately $2 million dollars that she owed as a result of filing a joint income tax return with the Mayor. The Tax Court took a more liberal view of things holding that indeed she would suffer economic hardship, and went on to allow innocent spouse relief.