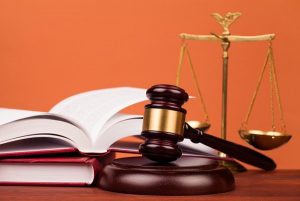 Most tax litigation cases go to Tax Court because the taxpayer is not required to pay the disputed amount before filing their case. Most taxpayers would much prefer this option to having to pay the tax liability, file a claim for a refund, wait up to six months, and then sue for a refund.

Tax Court is used for many cases involving a proposed tax deficiency. A taxpayer who receives a Notice of Deficiency, also known as a 90-day letter, has 90 days to file a petition in Tax Court. If the taxpayer has any reason to believe that the tax has been assessed in error, a petition should be filed. You may even be able to negotiate a settlement of some sort before going to trial.

Tax Court also offers simplified procedures for disputes of $50,000 or less, which can be faster and easier for taxpayers that are representing themselves. Finally, Tax Court judges deal with tax laws all the time and are therefore familiar with the Tax Code and relevant caselaw.

To go to District Court, the taxpayer will have to pay the disputed amount and file a claim for a refund with the IRS. If the IRS denies the claim, or does not respond within six months, the case can be brought in District Court.

A unique aspect of the District Court is that a jury trial is permitted. This can be beneficial is certain types of cases where a jury is more likely to be sympathetic to the taxpayer’s position than a judge.

Like District Court, the Court of Federal Claims can only hear cases once you have paid the tax liability and then sued for a refund. This court is not used often by individual taxpayers, and is more commonly used for large companies with substantial tax cases, but it can be a good option for some.

Tax litigation in Bankruptcy Court can offer several advantages to a taxpayer:

Contact an experienced tax attorney to discuss the best option for your tax controversy case.