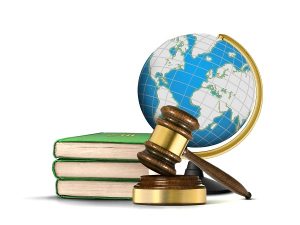 The good news is that expats may be eligible for the Foreign Tax Credit or Foreign Earned Income Exclusion. The Foreign Tax Credit applies to income that is earned abroad and taxed abroad, and can be used to reduce U.S. income tax liability. The Foreign Earned Income Exclusion allows expats to exclude $102,100 in 2017 (indexed annually for inflation), but only if they meet the Bona Fide Resident or Physical Presence Test.

The Physical Presence Test requires that a taxpayer spend 330 days outside of the U.S. during the year. The Bona Fide Resident Test essentially requires the taxpayer to prove that they have made a foreign country their new home for the foreseeable future.

Other Tax Issues for Expats

Expats also need to meet their Foreign Bank Account Report (FBAR) and other foreign account reporting requirements. If you open a foreign bank account, and the aggregate balance of your foreign accounts exceeds $10,000 at any time during the year, you now have an FBAR filing requirement. If you have failed to file an FBAR for previous tax years and were unaware of your filing requirement, you may be able to get amnesty from any penalties by using the Streamlined Filing Compliance Procedures, which does not require any penalty payment for certain U.S. taxpayers living overseas.

Finally, remember that the IRS still has significant power to enforce tax assessments against you, even if you live overseas. In addition to bank account levies, wage garnishments, and tax liens, the IRS may also be able to limit your ability to live or travel overseas altogether—by denying or revoking your passport. The IRS has stated that it will begin certifying seriously delinquent tax debt to the State Department in 2017, which could result in a passport denial or passport revocation.