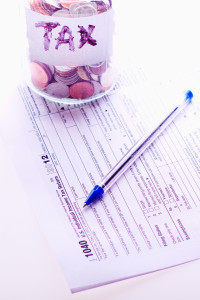 If you are living in the United States it can be difficult to miss the numerous announcements and pronouncements of the impending April 15th tax deadline. And yet, every year thousands of US taxpayers will fail to file and pay taxes.

There are a variety of reasons for this failure. These reasons can include situations where the taxpayer simply doesn’t want to pay tax and is concealing income. In other circumstances the taxpayer may know that he or she would be unable to pay and thought that concealing income by not filing would help their tax situation. In still other circumstances the taxpayer may be a young person who simply did not realize that he or she had a filing obligation or the severity of consequences that can follow a failure to report and pay taxes.

While taxpayers could have filed IRS form 4868 prior to the tax deadline to extend their filing deadline by 6 months to October 15, 2015, those who failed to file or extend by the original filing date no longer have this option. However there may be options to correct the tax problem and to come back into compliance with the tax system.

Who must file taxes every year?
To start with, if you would like to retain the possibility of receiving a tax refund, you must file a tax return. This is because only those who file their taxes are eligible to receive their income tax refund from the IRS. If you have overpaid your fair share of taxes, the only way to recover this money is to file your taxes.

Aside from those who would like to receive their income tax refund, your level of income determines whether you have an obligation to file taxes. While the filing threshold is adjusted annually, in 2014, all U.S. citizens, legal residents and others with sufficient connection to the United States who had $10,150 or more in income are required to file taxes with the IRS. If you are age 65 or older, you face similar tax reporting requirements, but the income threshold is greater. The threshold is also higher for married persons filing jointly, or for single persons filing as “head of household.” Those who are claimed as a dependent on another’s taxes face a lower reporting threshold because, as a dependent, the taxpayer is unable to claim their own exemption. Thus a dependent taxpayer must file if his or her earned income exceeds $6,200. However, if the dependent’s income is from interest, dividends or other unearned sources the reporting threshold is only $1,000. Those with net self-employment income of $400 or more must also file a tax return.

Expatriates living abroad must file and pay taxes or be subject to penalties and a potential “Customs hold”
The United States is one of two nations in the world that taxes on the basis of one’s citizenship. This means that U.S. taxpayers are obligated to report and pay tax on their worldwide income. This includes expatriates who are not currently living or working in the United States. However for many expats who are overseas and who are not immersed in the culture and information found in the U.S., complying with the numerous tax laws and foreign account disclosure requirements can be extremely difficult and burdensome. Nevertheless, expats must comply with their tax reporting, tax paying, FATCA, and FBAR obligations.

A “customs hold” is one tax enforcement procedure that targets expatriates who return to the United States either temporarily or permanently. A 2014 audit of the program by TIGTA revealed that the program is intended to target delinquent taxpayers who are living in foreign nations and jurisdictions. When the IRS says it is targeting delinquent taxpayers, this means that it is targeting taxpayers that the IRS has already assessed and found to be owning unpaid taxes. This may occur through an IRS correction to a taxpayer-filed tax return or through a non-filer return filed by the IRS on the behalf of the taxpayer. The common factor here is that the IRS has already assessed tax against the taxpayer and found unpaid tax to be due and owing.

If you have an unpaid tax obligation, the IRS many request a customs hold to be input into the Treasury Enforcement Communication System (TECS). Upon being added to this system, the taxpayer will be sent a letter indicating that a tax collection officer has advised the Department of Homeland Security regarding the taxpayer’s liability and that if the taxpayer attempts to enter the United States he or she will likely be interviewed by a customs officer. Typically the Customs and Border Agent will ask the taxpayer for the address that they will be staying at while they remain in the United States. An IRS agent will then likely make contact with you at some point during your stay about the tax liability.

Contacted by the IRS about unpaid tax?
Whether you are an expat or living in the U.S. and have been contacted by the IRS, the Brager Tax Law Group can help you resolve the issue and come back into compliance. To schedule a confidential tax consultation call 800-380-TAX-LITIGATOR or contact us online today.