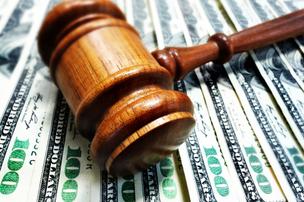 Congressman Michael Grimm faces a 20-count indictment in federal court for allegedly committing tax fraud, and evading taxes by concealing more than $1million in sales and understating wages. He is charged with five counts of mail fraud, five counts of wire fraud, three counts of aiding and assisting in the preparation of false federal tax returns, one count of conspiring to defraud the United States, one count of impeding the IRS, one count of health care fraud, one count of engaging in a pattern or practice of hiring and continuing to employ unauthorized aliens, two counts of perjury, and one count of obstructing an official proceeding.

It is ironic that Congressman Grimm would be involved in such actions given that as a former FBI agent he was investigating fraud. The former Marine, FBI agent, accountant, attorney, and small business owner might now be able to add tax evasion and fraud to his otherwise impressive and distinguished resume.

According to the indictment, Grimm was one of the owners and managing member of “Healthalicious,” a fast food restaurant located in Manhattan. From 2007 through 2010, Grimm oversaw the day-to-day operations of the restaurant and also managed the restaurant’s payroll. Allegedly, he fraudulently under-reported wages he paid his workers and under-reported the true amount of money the restaurant earned to both federal and New York State tax and insurance authorities. Because many of his workers did not have legal status to work in the United States, he paid a large portion of payroll in cash, which in turn, lowered the company’s payroll tax expense. Moreover, a lower payroll reported to the New York State Insurance Fund (NYSIF) allowed him to receive lower monthly worker’s compensation premiums. He also lowered his income tax liability to the federal and state governments by under-reporting the amount of gross receipts the company earned.

To make matters worse, when confronted in a deposition about his duties as owner and manager of the company, he attempted to conceal his illegal actions. He allegedly lied about several material matters in connection with the lawsuit such as: (1) whether he paid his employees in cash; (2) whether he had interacted with the payroll processing companies; (3) whether he corresponded regarding Healthalicious business through e-mail; and (4) whether he still had access to such an email account.

Contact our experienced criminal tax attorneys at 1-800 Tax Litigator (1-800-208-6200) for a confidential consultation to discuss available options if you have been contacted by the IRS in connection with civil or criminal tax fraud or tax evasion, or any other high stakes tax problem.