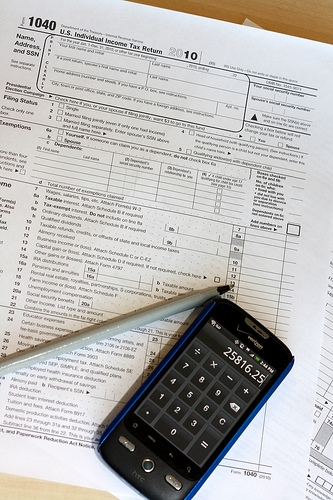 Many people assume that when the IRS discusses or references “willful” conduct, the agency is using the term “willful” in its ordinary sense. Unfortunately, while ignorance may be an excuse, those who fail to rely on the advice and guidance of an experienced tax professional, may find themselves embroiled in serious tax problems. While the IRS presents the Streamlined Offshore Voluntary Disclosure Program (OVDP) as a means to avoid civil prosecution and fines, failure to understand the program’s requirements caused by not consulting a tax lawyer can result in harsh civil consequences or even a referral for a criminal tax prosecution.

What does the IRS consider to be willful and non-willful conduct?

For purposes of the Streamlined OVDP, non-willful conduct is conduct that is due to negligence, inadvertence, or mistake or conduct that is the result of a good faith misunderstanding of the requirements of the law. While this standard may appear to a layperson to offer non-compliant taxpayers a quick and easy path out of tax compliance problems, the reality is that the standard is much more stringent.

This is partly due to the fact that, as part of the streamlined process, a filer must provide a certification that his or her conduct was non-willful. Furthermore, as part of the certification the taxpayer must “provide specific reasons for [their] failure to report all income, pay all tax, and submit all required information returns, including FBARs. If [the non-compliant filer] relied on a professional advisor, provide the name, address, and telephone number of the advisor and a summary of the advice. If married taxpayers submitting a joint certification have different reasons, provide the individual reasons for each spouse separately in the statement of facts.”

The requirement that a taxpayer prove that their conduct was not willful can be a difficult endeavor. To start, there is always the chance that IRS officials may disbelieve subjective statements made by the non-compliant taxpayer due to the likelihood of such statements to be self-serving. For instance, potentially innocent conduct could be interpreted as willful conduct due to the presence of badges of fraud. Signs that may indicate that conduct was willful to an IRS agent can include:

– Holding an account in a country or jurisdiction with banking secrecy laws. The historical, and most common example, of such a country with secrecy laws is Switzerland.

– Use of any entity or arrangement to conceal the ownership of the foreign account.

– Requesting the delivery of financial account statements to an address outside of the United States.

– Willful blindness to learning of one’s FBAR and other tax obligations.

It can be difficult to determine the types of objective evidence that could prove taxpayer conduct was non-willful. Without legal guidance, the well-meaning disclosures you make as part of your certification may be interpreted as an admission to willful conduct and later be used against you.

There are many instances where a required disclosure provided for the purposes of a streamlined OVDP can have unexpected and unanticipated consequences. For instance, the claim that failure to satisfy reporting requirements was not willful due to an oversight by a tax professional can be a risky claim. First, most CPA and tax professionals will inquire as to whether the client holds foreign accounts. Failure to disclose such accounts to a preparer may constitute willful conduct. Additionally, as discussed above, the individual must certify that the non-reporting of the accounts was due to non-willful conduct despite a professional preparing the taxes. A false certification can also result in civil or criminal liability. Finally, a professional tax preparer with a client under investigation by the IRS may be called before a professional board. Because the accountant-client privilege is not recognized in most jurisdictions, your tax preparer may disclose information to protect his or her license.

As an alternative to the streamlined process, there is also the 2014 OVDP. The 2014 OVDP is offered as an alternative to the streamlined process, meaning that a person can choose one or the other. The 2014 OVDP is designed to function as an amnesty program. Thus, there may be some level of protection from referral to the IRS’ Criminal Investigation Division. However, the 2014 OVDP does have a drawback in that a one-time 27.5 percent penalty is imposed on the maximum amount that was present in the foreign account. If criminal prosecution is a possibility, a 27.5 percent penalty may represent a substantial discount as penalties and fines imposed by criminal liability can exceed the account balances. Careful consideration is essential before a taxpayer selects a program, because rejection from the Streamlined OVDP renders an individual ineligible for the standard 2014 OVDP.

The tax law attorneys of the Brager Tax Law Group are dedicated to working with taxpayers and helping to correct and resolve their tax compliance issues. To schedule a consultation, contact us online or call us at 800-380-TAX LITIGATOR.