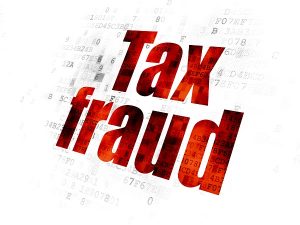 The idea of being sent to prison for making a mistake on your tax return may seem ridiculous — and also scary — to the average taxpayer. With so many regulations to follow that even IRS employees can become confused, how can a lay person with no tax expertise be charged criminally for messing up their taxes?

Actually, they cannot be charged criminally if an honest mistake was made. While tax fraud can results in both civil and criminal penalties, there is a higher standard of proof for criminal charges. The IRS must prove criminal tax fraud “beyond a reasonable doubt”, whereas a civl tax fraud penalty can be imposed if there is “clear and convincing evidence”.

The IRS Must Prove You Intended to Commit Tax Fraud

The higher standard for criminal tax penalties requires proof of intent. In other words, the IRS has to show that you knew you were failing to comply with the law. This may seem strange because many taxpayers know very little about the intricacies of the tax code, but if the taxpayer believes that they were following the law, they may be able to show that they did not willfully commit tax fraud.

The case Cheek v. United States, 498 U.S. 192 (1991) dealt with this issue. The court pointed out that the more unreasonable a belief was, the less likely a jury would believe it was honestly held. So a taxpayer cannot simply claim that they did not believe they had to pay taxes. However, for complex tax matters, the IRS will have to find evidence to show that the taxpayer knew of their legal duty and willfully ignored it.

An attempt to evade or defeat tax can result in up to five years in prison and a $250,000 fine ($500,000 for corporations). The same penalties can be levied upon taxpayers who willfully fail to collect or pay over tax. A partial list of penalties can be found here.

The IRS can decide whether or not to pursue criminal or civil penalties in a given case. They can also pursue both.

If the IRS has accused you of tax fraud, consult with a criminal tax lawyer immediately.