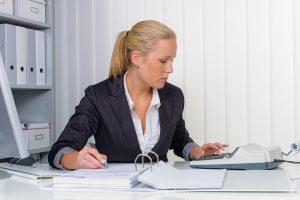 The IRS streamlined filing compliance procedures allow eligible taxpayers to avoid potentially disastrous penalties and resolve their offshore bank account problems. Taxpayers who have failed to file Foreign Bank Account Reports (FBARs) and report their income from foreign financial accounts on their tax returns can face penalties of up to $10,000 per violation for non-willful violations, and penalties of up to $250,000 and five years in prison for violations that are deemed willful; not to mention civil penalties of over $100,000 per violation, at a minimum.

Most importantly, these procedures are only available to taxpayers whose failure to file FBARs was non-willful. This means the conduct must have been due to negligence, inadvertence, mistake, or a good faith misunderstanding of the law. Taxpayers who have willfully failed to file FBARs may be eligible for the Offshore Voluntary Disclosure Program, which has some of the same benefits, but also involves much higher penalties.

After meeting the “non-willful” requirement, it must be determined whether the taxpayer meets the non-residency requirement for the streamlined filing procedures. This distinction is important because residents will have to pay a miscellaneous 5 percent penalty, based on the highest balance of foreign accounts during the covered period. Non-residents will have all penalties waived.

The residency requirements do not necessarily reflect your residency status for immigration purposes. U.S. citizens and green card holders can meet the non-residency requirements if, in any one or more of the most recent three years for which the U.S. tax return due date has passed, the individual did not have a U.S. abode and the individual was physically outside the United States for at least 330 full days.

You may think this means that you cannot have a home in the United States, but that is not necessarily the case. You do not necessarily have a U.S abode under these rules, even if you maintain a dwelling in the United States. Your particular facts will determine whether or not you have a U.S. abode, so consult a tax attorney if you need assistance.

For taxpayers that are not U.S. citizens or green card holders, the non-residency requirement is met if, in any one or more of the last three years for which the U.S. tax return due date has passed, the individual did not meet the “substantial presence test”. For the calendar year 2017, this test requires that you must be physically present in the United States on at least:

Taxpayers who fall outside of these boundaries can use Streamlined Foreign Offshore Procedures by filing all delinquent returns, certifying that their conduct was non-willful, and paying all tax due on the previously unreported income.