The IRS issued a news release on Sept. 15th headlined “IRS Shows Progress on International Tax Evasion.” IRS Commissioner Shulman was quoted as saying: “We have pierced international bank secrecy laws, and we are making a serious dent in offshore tax evasion.” Shulman noted that the IRS has increased its efforts to prosecute criminal tax cases involving international tax fraud. The release goes on to state that the IRS’ Offshore Voluntary Disclosure Program (OVDP), and its recently closed Offshore Voluntary Disclosure Initiative (OVDI) has provided the IRS with “a wealth of information on various banks and advisors assisting people with offshore tax evasion…” 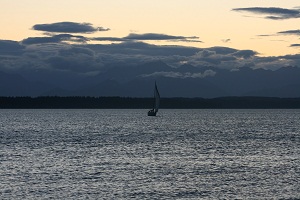 The key thing here for anyone who has an unreported offshore bank account is that last quote about the information the IRS has gathered about advisors assisting people with offshore tax evasion. It is getting more and more dangerous to own an undisclosed foreign bank account. While the IRS will never be able to find more than a small percentage of the folks who have an unreported income from offshore bank accounts it is clear that for those that do get caught the stakes are very high. Jail time for criminal tax violations, or failure to file Foreign Bank Account Reports, TDF 90-22.1 (FBARs), and ruinous civil penalties including a penalty equal to the greater of $100,000 or of 50% of the balance in the offshore account per year.

While the time for making a voluntary disclosure under the OVDI program has expired it is still possible to make voluntary disclosure and avoid criminal prosecution; it may also be possible to cut a better deal with the IRS on any civil penalties, by coming forward voluntarily. Penalties for non-willful violations may cap out at $10,000 per year, and it is easier to argue that a violation is non-willful if a taxpayer comes forward voluntarily then if he is caught as the result of a foreign bank turning him in to the IRS.

If you own foreign bank accounts and have not filed your FBARs, contact the tax attorneys of Brager Tax Law Group A P.C. to know all your options.