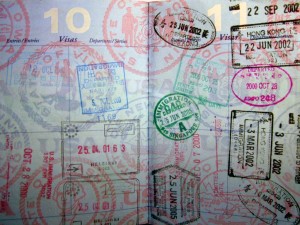 U.S. citizen, resident aliens and others who are U.S. taxpayers face a unique mode of taxation in the United States. That is, U.S. taxpayers are taxed on their worldwide income regardless of where it was earned. Predictably and understandably, this method of taxation results in many expatriates worrying about whether they will face double taxation – paying taxes on their income to both the nation they are living in and to the IRS. While there are provisions in the U.S. Tax Code, and various tax treaties to address the issue of double-taxation, these provisions can be difficult to understand, create problems for laypersons in ascertaining whether he or she qualifies, and it can present difficulties in maintaining compliance in future tax years as circumstances and finances change. However, the foreign earned income exclusion can be an essential tool in ensuring that an expatriate taxpayer does not face double-taxation and pay more than his or her fair share.

Aside from this income exclusion, the taxpayer may also qualify to exclude the value of employer-provided meals, lodging and certain fringe benefits. However despite the initial appeal of this provision, it is subject to some limitations and inequities.

Government employees and others working overseas, typically, do not qualify
To begin with, government employees are typically ineligible for the foreign income exclusion even if they are living and working in a foreign country. Their ineligibility extends to the exclusion of the value of employer-provided meals, housing, and fringe benefits. This is due to the fact that payments made by the United States or any of its departments or agencies is not considered to be foreign income. Income from both appropriated and non-appropriated funds are ineligible. Furthermore, if you are a government employee for whose services the U.S. government is reimbursed by a foreign government, your income is also not considered to be foreign and therefore does not qualify.

Those who perform work outside of a nation-state may not be eligible
A recent DC Circuit Appeals Court decision, Rogers v. Commissioner, may place the value of the foreign income exclusion in jeopardy for thousands of expatriates. In a recent tax case a U.S. taxpayer who lived in Hong Kong and worked as a flight attendant for United Airlines discovered the limits of the exclusion.

The taxpayer’s employment duties required her to arrive nearly two hours before take-off to perform unpaid preparation duties. Per the terms of the employment contract, flight attendants are paid on the basis of their hours of flight time. Flight time includes the period from where the airplane leaves the terminal to the time it arrives at its destination. Being that this flight attendant was assigned to a trans-Pacific route, the majority of this taxpayer’s compensable time was spent while the plane was over the Pacific Ocean and not with the borders of any country. This resulted in the Commissioner of the IRS’ determination that the taxpayer owed a tax deficiency because the income was not, “attributable to services performed by an individual in a foreign country or countries.” On appeal to the Tax Court, the IRS Commissioner’s determination was upheld because, the taxpayer, “could only exclude the portion of [the taxpayer’s] earnings that were related to her time spent working in or over foreign countries.”

At the next level of appeal at the United States Court of Appeals, the court swiftly dismissed the taxpayer’s challenge stating that the Commissioner’s decision was in accord with the Section 911, IRS agency regulations, and the decision in the matter was not inconsistent with precedent. In short, while the matter is pending appeal on a factual contractual issue, similarly situated taxpayers must now exercise caution when determining whether their income qualifies for the exclusion. The same rule would apply to someone who works on a ship in international waters.

Trusted tax guidance for expatriates
The Brager Tax Law Group is dedicated to explaining the often technical and difficult aspects of the U.S. Tax Code and helping expatriates minimize their taxes while maintaining full compliance with all tax filing, foreign account disclose, and tax payment obligations. To schedule a confidential consultation with an experienced tax professional call 800-380-TAX-LITIGATOR or contact us online today.