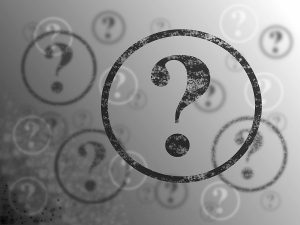 If you have an account at one of the IRS “bad banks” and you used the Offshore Voluntary Disclosure Program (OVDP), you will face a 50 percent offshore penalty on the highest aggregate account balance during the disclosure period, instead of the regular 27.5 percent offshore penalty. On top of that, the 50 percent penalty applies to the balance of all of the taxpayer’s accounts being disclosed, not just the ones that are held at bad banks.

For example, a taxpayer with a single account at a bad bank worth $20,000, but with $1,000,000 in unreported foreign accounts at other banks, would face the 50 percent offshore penalty on the full account balance of $1,020,000. With penalties this high, you may wonder whether offshore disclosure is even worth the trouble. In fact, it may be even more important for taxpayers with accounts held at bad banks.

Not only can the IRS assess penalties equal to 50 percent of the aggregate account balance for willful FBAR violations, but criminal prosecution can also be pursued. The OVDP—although it can be costly—offers protection from criminal prosecution related to unreported offshore accounts.

While the OVDP has higher penalties for bad banks, the Streamlined Filing Compliance Procedures do not have a similar two-tiered penalty structure. That means that if a taxpayer’s failure to file FBARs was non-willful, they can not only avoid the 50 percent offshore penalty, but they can end up paying only a 5 percent penalty or perhaps no penalties at all.

However, you shouldn’t attempt to use the Streamlined Procedures unless an experienced FBAR attorney has examined your case carefully and provided a recommendation to use this program. Otherwise, you could leave yourself vulnerable to criminal prosecution and even higher penalties should the IRS decide that your actions were willful after all.

If you have an account at a bad bank, then your bank has agreed to give the IRS certain information or the IRS is actively investigating your bank. Either way, your undisclosed offshore accounts may be discovered at any time, so it’s a good idea to act quickly by seeking amnesty under the appropriate offshore disclosure program.

Read our report on the Streamlined Procedures for more information.