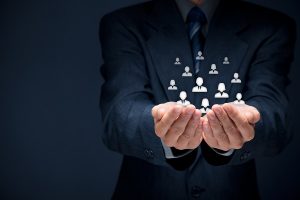 The IRS Voluntary Classification Settlement Program (VCSP) allows taxpayers to reclassify their workers as employees for employment tax purposes and eliminate the risk of payroll tax problems caused by misclassification in previous tax years. In essence, the taxpayer agrees to classify its workers as employees going forward and pays a small portion of the employment tax liability that would have been owed for previous tax years if the workers were considered employees. In exchange, the IRS will not conduct a payroll tax audit based on worker classification for prior tax years.

The VCSP is designed for employers that are currently treating a class of workers as independent contractors and want to prospectively treat that class of workers as employees. Why would an employer want to do this? Worker classification is based on numerous factors, and is not solely based on how the employment contract classifies a worker. If the employer realizes that its workers are actually employees under the common law test, perhaps after discussing the situation with a tax attorney, then it may be a wise decision to limit any potential tax liability for worker misclassification in previous years.

The VCSP can accomplish that goal. The employer must have consistently treated the class of workers as independent contractors for the previous three years, including filing all required 1099 forms. A taxpayer cannot be under an employment tax audit, but a taxpayer who is under IRS examination for an unrelated issue may participate in the VCSP.

If an employer is going to began treating a class of worker as employees for any reason, and there is even a small risk of liability for worker misclassification in previous years, the VCSP can manage that risk for a relatively modest payment.

In addition to treating the class of workers as employees going forward, the taxpayer must pay 10 percent of the employment tax liability that would have been due for the most recent tax year if the class of workers were classified as employees. When compared to the back taxes, penalties, and interest for three years or more caused by worker misclassification if a payroll tax audit occurs, this can be a great deal for the taxpayer.