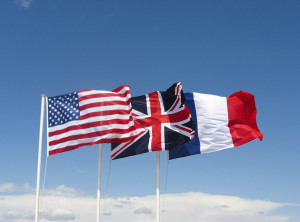 At one point, banking secrecy laws in traditional tax havens were considered to provide ample protections in concealing the identity of the account holder. Wealthy individuals, companies, partnerships and a variety of other entities utilized these secrecy laws to open accounts where millions of dollars of otherwise taxable income could be surreptitiously funneled away to a foreign jurisdiction. For decades, this was considered business as usual by some individuals and the continued viability of these tax evasion strategies was not seriously questioned.

That has changed. The law today is clear: US taxpayers must disclose foreign assets of certain types and exceeding certain values or face penalties under FATCA. Furthermore, the failure to disclose certain foreign accounts in a Foreign Bank Account Report (FBAR) can result in additional penalties. The IRS and the US government have expended significant resources in eroding the protections provided by foreign banking secrecy laws. The risks of detection and civil or criminal prosecution has never been greater. In short, aside from being in clear violation of the US Tax Code, the benefits of secret foreign accounts no longer outweigh the risks of detection.

What is FATCA?
FATCA stands for the Foreign Account Tax Compliance Act. Under this law, the IRS and federal prosecutors have been provided with additional tools to detect, deter and prosecute offshore tax evasion by US citizens or green card holders. Under the law, US taxpayers must disclose on their tax returns information about bank accounts and other financial assets depending on the amount of the assets. However, the amounts differ based on whether the taxpayer is living in the United States or in a foreign nation. Reporting requirement are triggered as follows:

What is an IGA?
An Intergovernmental Agreement (IGA) is an agreement entered into between a foreign sovereign nation and the United States government to facilitate the sharing of tax information. Under FATCA, IGAs typically follow one of two models. Model 1 IGAs, generally require a foreign financial institution to provide information to the foreign nation’s own taxing authority, that authority then passes the information along to the IRS. By contrast, a Model 2 IGA permits direct communication between the foreign financial institution and the IRS.
It is also important to note is that each IGA contains unique and country-specific provisions. Understanding the impact these limitations and provisions can have on the agreement can be essential to understanding the level of risk you face and formulating a strategy that mitigate the consequences of past noncompliance with FATCA or other reporting requirements.

What countries are covered by IGAs?
Today, more than 100 nations have an IGA in effect or have agreed in principle to an IGA but have yet to formally execute the agreement. Nations that have agreed to a Model 1 IGA or have agreed in substance include:

While less numerous, nations that have agreed to a Model 2 IGA permitting direct communication with the IRS, in full or in principle, include:

While these lists are not comprehensive and without belaboring the point any further, it is clear that foreign jurisdictions once thought to be safe from the reach of the US government no longer provide adequate protections. If you have received a FATCA letter from your foreign bank or fear that you are not in compliance with the numerous disclosure requirements impacting foreign accounts and assets, call the Brager Tax Law Group at 800-TAX LITIGATOR.