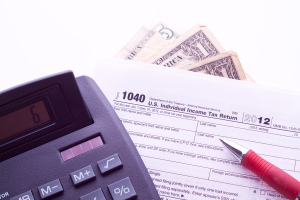 If you were to ask people about the things that they should do every single year, they are likely to mention visiting the doctor for a physical, taking their car in for preventative maintenance, and maybe even a tradition that the person spearheads every year. It is unlikely, however, the individual will mention their yearly duty to file and pay taxes. While taxes are due each and every year, they are typically something that we prefer not to dwell on, unless forced to. In fact, many people will not even consider taxes until days before the due date when the media is saturated with messages about tax filing. As tax attorneys we work to provide strategies that mitigate the risk or consequences of civil or criminal tax exposure. The simplest one is to file your tax return on time!

Failure to file can mean open-ended liability
The failure to file taxes extends the statute of limitations in perpetuity. In most tax situations not involving willful conduct if a tax return was filed, the IRS has 3 years to assess any additional the tax and another ten years to take any enforcement action. However, if you fail to file taxes, this time period is open-ended. While it is unlikely that the IRS would pursue very remote tax years, such a strategy is unnecessarily risky and is never advisable. Furthermore, failing to file taxes when a reporting obligation exists can result in harsh tax penalties.

Filing taxes can prevent the problems caused by tax scams
Electronic filing of taxes is extremely convenient as it allows taxpayers to receive a more timely notification that their return has been accepted by the IRS. However, there is a dark side to the electronic filing system. Unscrupulous individuals who steal your Social Security number and other personally identifying information can file taxes in your name. This filing will typically understate earnings or otherwise fraudulently maximize the refund issued. The scammer then steals the overstated refund. However, filing your taxes as soon as possible can prevent this scam and the serious consequences that can follow.

Filing a return is the only way to claim a refund
Even if you do not make enough to trigger the tax filing requirement, filing taxes can still be essential as it is the only way to claim any tax refund that you may be owed. If you fail to file taxes, you may be handing over your hard-earned money to the government unnecessarily. Unfortunately, many Americans are not diligent about filing to receive their tax refund. In March 2014 the IRS announced that there was still three-quarters of a billion dollars in unclaimed tax refunds available. For most people, the refunds from the 2010 tax year is no longer available because the law generally doesn’t allow for refunds on tax returns filed more than three years late.
However, refunds from the 2011 and later tax years are still available. The experienced tax professionals of the Brager Tax Law Group can discuss any unfiled tax returns, and develop a strategy for moving forward. To schedule a tax consultation call 800-380-TAX LITIGATOR.