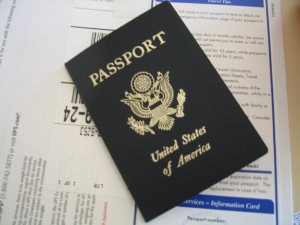 FBAR compliance mistakes and failures can be incredibly easy to make, but noncompliance carries harsh and significant financial penalties. In some instances where there is the appearance of fraud or willfulness, your tax matter may be referred to the IRS Criminal Investigation division (CI). Once your matter has been referred to CI, you should seek an experienced tax professional because criminal tax charges are likely to follow.

However, if you take deliberate, well-considered and strategic action before being audited or coming under investigation, you may be able to resolve you past FBAR problems. While there will almost certainly be some penalty associated with disclosing past non-compliance, these penalties are relatively mild in comparison to those that can be levied if civil or criminal tax charges are filed. The Brager Tax Law Group is dedicated to helping hard-working taxpayers resolve their FBAR problems and achieve compliance with the US tax system. The remainder of this post will analyze how FBAR failures can occur and potential solutions.

You did not understand when an FBAR filing is mandatory

The first main reason taxpayers fail to comply is they may not be familiar with the basic requirements and steps to satisfy the obligation. Provisions of the Banking Secrecy Act now requires American citizens, green card holders and certain other U.S. residents to disclose certain foreign accounts that they have an interest in or signature authority over. The duty to disclose arises the second an account or the aggregate balance of multiple foreign accounts exceeds $10,000. It does not matter if the accounts only exceed $10,000 for a few hours or a few weeks – once the $10,000 threshold is passed, the filing obligation exists. This filing obligation can only be satisfied by filing FBAR (FinCen Form 114) via FinCEN’s E-filing web portal.

Failure to make required FBAR disclosures can have disastrous financial consequences. For a non-willful violation, a violation that did not involve the intentional or voluntary disregard of a known legal duty, a penalty of $10,000 for each non-disclosed account for every year the account went unreported can be imposed. If the IRS agent believes that the violation is willful, even harsher penalties can be sought. The penalties for a willful FBAR violation can exceed the amount originally contained within the foreign accounts. This is because willful violations can be punished with a penalty of the greater of $100,000 or 50% of the account balance for each year a violation occurred. With a 6 year FBAR look back period, fines can quickly escalate until they appear unsurmountable.

Some individuals may end up with FBAR problems because they misunderstand the tax terms utilized causing them to make an error on their tax forms. Aside from the disclosure through the e-filing portal described above, the individual 1040 income tax return also inquires about foreign accounts. Specifically, Part III, line 7a, on Schedule B of the 1040 inquires as to whether the taxpayer holds an interest in or signature authority over foreign accounts. If the taxpayer does not realize that, for example, this includes signing power on someone else’s bank accounts he or she could mistakenly check the box no. By checking no, the taxpayer has submitted false returns to the IRS and may end up facing consequences for the false return AND the failure to file the FBAR. Furthermore, some taxpayers may also be required to file IRS Form 8938 to report the same assets reported on the FBAR.

Some US citizens and taxpayers decide that they would prefer to live in another nation due to professional opportunities, cultural reasons, and a broad array of other personal considerations. Unfortunately some expats in nations like China, the UK, Germany, and Hong Kong may think that reporting obligations no longer apply since they are outside of the United States. This is inaccurate and those who operate under this assumption can face serious tax consequences. The United States taxes on worldwide income regardless of where it was earned. Further, the obligation to report foreign financial accounts exists for US taxpayers regardless of their currently physical location. If you are an expatriate living outside of the US, the duty to disclose certain foreign accounts and file and pay taxes still exists.

OVPD may offer a way out

The Brager Tax Law Group is committed to assisting taxpayers resolve serious FBAR problems. The Offshore voluntary Disclosure Program (OVDP) may offer a way to correct noncompliance, and other options are available, but time is of the essence. If you come under investigation, the program will no longer be available. To discuss your tax concerns call 800-TAX-LITIGATOR today.