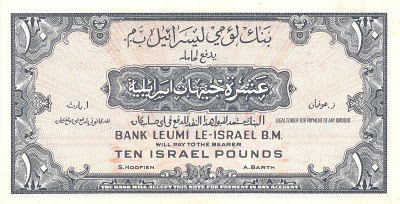 To help prevent tax evasion through the use of offshore accounts, the U.S. Treasury Department, enacted regulations under the Foreign Account Tax Compliance Act (FATCA), that go into effect July 1, 2014. At the end of March, the Bank of Israel released draft guidance for Israeli banks to prepare for the implementation of FATCA, whether or not an Intergovernmental Agreement (IGA) is signed before July 1, 2014. The Israeli supervisor of banks, David Zaken, announced that he is ordering Israeli banks to prepare for the implementation of FACTA even though the agreement between Israel and the U.S. has not yet been signed.

Under FATCA, every foreign financial institution (FFI) must notify the IRS about its U.S. customers. This means that banks around the world, including Israel banks, must report to the IRS the existence of “foreign” bank accounts belonging to U.S. citizens, as well as accounts belonging to Israelis on which U.S persons have signatory authority. The IGA when signed will supersede the U.S. government’s demand that the Israeli banks report directly to the U.S. authorities. Instead, the banks will send the information about U.S. customers to the Israel Tax Authority, which in turn will send it to the IRS. Israeli banks were given instructions on:

1) Corporate governance processes (appointing a person responsible for the issue, appointing a work team, establishing policies and procedures, reports to the management and to the board of directors).

2) Examining the need for registering and signing an agreement with U.S. authorities, in line with the timetables set in the provisions.

3) The manner of conduct vis-à-vis customers, particularly the possibility of refusing to provide banking services to a customer that does not cooperate with the Israeli banks in the manner required for implementation of the provisions.

This last requirement suggests that U.S. persons including dual U.S. Israeli citizens can expect their accounts to be closed if they do not provide Form W-9 to the bank. Failure to comply with FACTA will lead to harsh sanctions for those banks that do not cooperate. A foreign financial institution that does not cooperate with the IRS will be subject to 30 percent withholding on all U.S. source payments. According to media reports although the Israeli government intends to fully comply with FATCA, there is still some resistance from bankers. The effect of FATCA could cause the banks to lose money from customers who will withdraw their money and close their accounts. However, the severe 30 percent penalty could have even a harsher effect, and as one bank officer in Tel Aviv stated, “the penalties would put us out of business.” This severe penalty for non-compliance should effectively persuade Israeli banks to comply, notwithstanding the fact that Israel has yet to formally sign an agreement with the U.S.

If you have any offshore bank accounts in Israel or any other country and you want to discuss your options in light of this new implementation, contact the tax controversy attorneys at Brager Tax Law Group, A P.C. for a confidential consultation.

The rules regarding innocent spouse relief are complicated. The Brager Tax Law Group has developed an Innocent Spouse Relief Flowchart to help guide you through the maze of possible choices. Please check out our Flowchart and let us know if you find it helpful. We’re always interested in hearing from you.