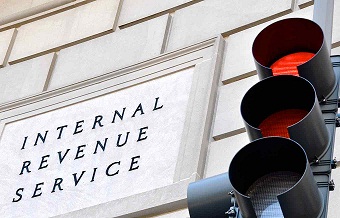 Criminal tax cases generally start out in the IRS’ Criminal Investigation (CI) division. It is therefore instructive to look at CI’s annual report that was issued earlier this year for the 2013 fiscal year. To some extent, there were no surprises. International tax evasion and the voluntary disclosure program were among Criminal Investigation’s top priorities. Also included on the list was the tax fraud referral program, and Bank Secrecy Act (BSA) and Suspicious Activity Report (SAR) review teams.

The criminal tax folks also touted an increase in prosecution recommendations of 17.9% over the previous fiscal year. The Criminal Investigation division also trumpeted a conviction rate of 93.1%! It is this high conviction rate which drives the strategy of most criminal tax lawyers which is generally to seek to avoid indictment in the first place. Of course, that’s easier said than done, but at a minimum it requires understanding all of the facts, good and bad, as early as possible.

Here are just a few of the tax evasion cases highlighted by Criminal Investigation in its annual report.

• 27 months in prison, and restitution of over $429,000. An Idaho general contractor concealed his business receipts from 2005 through 2008 by, among other things, instructing his customers to make checks payable to him personally rather than his business, and then failed to deposit those checks into the business’ main bank account.

• 63 months in prison, and restitution of over 1.7 million dollars. A Chicago accountant embezzled millions of dollars from a family that owned a chain of plumbing wholesale supply companies. Believe it or not he had the sole authority to sign checks, transfer funds, and sign tax returns for the trusts he was managing. Apparently, the temptation was too much. Of course he didn’t report the embezzled income; hence the tax fraud conviction.

• 36 months in prison, and over $2 million in restitution for a Santa Monica California lawyer. He pled guilty to willfully subscribing and filing false tax returns. The court filings indicated he used shell entities and trust to hide almost 1 million dollars in client fees and assets from the IRS. On top of that, he submitted a false offer in compromise to the IRS.

There is an urban myth that it is better to file no tax return than a fraudulent tax return. Like all urban myths it has a grain of truth. Failure to file a tax return is punishable by “only” one year in jail. Tax fraud or tax evasion is punishable by up to 5 years in jail. However, it is sometimes possible for federal tax prosecutors to charge a failure to file a tax return as tax evasion. This occurs where, in addition to failing to file the tax return, the person commits “overt acts” in furtherance of hiding the failure to file. Just ask the Nevada physician Robert David Forsyth who according to court documents was sentenced to 27 months in prison and ordered to pay over $306,000. In addition to failing to file tax returns, he closed all of his personal bank accounts and used a third party business to cash his paychecks. He also used cash to pay his expenses. That was sufficient to support a tax fraud conviction with the higher sentence.

If you have been contacted by the Criminal Investigation division you should immediately contact a criminal tax lawyer before you speak to the IRS.