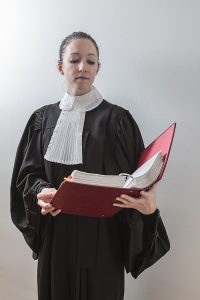 Civil tax fraud penalties are 75% of the underpayment of tax attributable to tax fraud. Whenever the IRS believes that a taxpayer has intentionally violated a known legal duty, these penalties can be assessed, in addition to possible criminal prosecution.

The IRS or the California Franchise Tax Board (FTB) need to prove that tax fraud was committed by clear and convincing evidence. However, sometimes these penalties are assessed in situations where there is insufficient evidence to meet this standard. In these cases, having a bankruptcy judge review your tax fraud penalty can be an excellent option.

While bankruptcy can be a good option for taxpayers that just want to discharge some of their tax debt, it can also be an effective way to resolve a tax dispute. Section 505 of the Bankruptcy Code provides authority for a judge to determine the amount of legality of any tax or penalty relating to tax, regardless of whether or not the taxpayer has already paid the disputed amount.

The ability to have a judge review your tax fraud penalty before paying it is quite valuable. Taxpayers have a limited amount of time to file a petition in Tax Court after receiving a Notice of Deficiency from the IRS. If the taxpayer misses the deadline to petition the Tax Court, then the only options for disputing the amount are to go to the U.S. Court of Federal Claims or U.S. District Court. Both of these courts require the taxpayer to pay the deficiency amount before having their case heard.

Bankruptcy court does not require the deficiency to be paid. For tax debts that total hundreds of thousands of dollars or more, the taxpayer may be effectively prevented from pre-paying their disputed tax assessment—even if they had a strong chance of winning in court. Bankruptcy court gives them a lifeline, allowing their case to be heard without requiring an up-front deposit of the deficiency amount.

The taxpayer will have the opportunity for discovery, the presentation of witnesses, and a trial. Furthermore, collection actions cannot be pursued by the tax authorities during the bankruptcy process.

The IRS or California FTB may also be more interested in negotiating a settlement once they know that they will have to go to trial before collecting the disputed amount from you. If the IRS or California FTB has assessed a tax fraud penalty against you without clear and convincing evidence, consult with a tax attorney to discuss your options for disputing the penalty, as many bankruptcy attorneys are unfamiliar with this procedure.