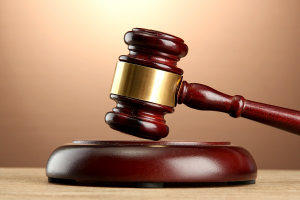 The IRS tends to keep an eye on unreasonable compensation in three distinct situations. The first involves a C-corporation that overpays their shareholder-employees in order to increase its deduction for business expenses. The second involves S-corporations who underpay shareholder-employees to reduce payroll tax obligations, and shareholder FICA taxes. The third occurs in non-profit entities where key employees may abuse their authority to increase their own pay.

The first two situations involve cases where a shareholder-employee is going to receive income one way or the other, but may reduce their overall tax liability by characterizing the income as salary or dividends. For example, a C-corporation can deduct salaries paid to its employees as an ordinary business expense, but it cannot deduct dividends paid to shareholders.

This creates a potential tax planning opportunity, or a potential tax evasion opportunity, depending on your perspective. The IRS is particularly suspicious of closely-held corporations where the executives are also the major shareholders. If compensation is unreasonable, the IRS may want to recharacterize it as a dividend, resulting in an increase of tax liability, and possibly including accuracy-related penalties.

How is reasonableness determined? Typically, no one factor is controlling, and all of the facts and circumstances must be considered, including some of the following:

The best way to defend unreasonable compensation allegations from the IRS is to be prepared for them ahead of time. Then, take steps to document the reasonableness of the compensation.

Document compensation arrangements ahead of time, rather than after the fact. If an employee was paid a lower salary in the early years of the company, a higher salary once the company is profitable may be reasonable, even if it is higher than the market rate for that employee. In addition, be sure to have an explanation or a formula for any bonuses that are given, such as a certain percentage of pretax profits.

Be aware of the market for similar employees at similar companies, and what they are paid. You should also consider the criteria that an independent investor would consider when evaluating the company.

By documenting and explaining all of your employee’s compensation arrangements prospectively, you will be much better prepared to defend your business against any unreasonable compensation allegations by the IRS.