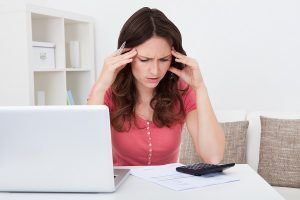 Some taxpayers may be attracted to the idea of expatriating in order to reduce their tax liability, but the “exit tax” that must be paid upon renunciation of citizenship can complicate those plans. This exit tax, also known as the expatriation tax, treats the taxpayer as though he or she has sold all assets at fair market value the day before expatriation. Obviously, this could result in an enormous tax bill for some taxpayers.

Covered Expatriates Under the Exit Tax

The first group is taxpayers with $2 million or more in net worth on the date of expatriation. This includes all worldwide assets, not just U.S. assets. Married taxpayers will have their net worth calculated separately, which means that some taxpayers could benefit by equally distributing their assets among each spouse.

The final group of covered expatriates includes those who fail to certify that they are in tax compliance for the previous five years. If you have not reported all of your income on your tax returns in the past years due to offshore bank account problems, you will have to file amended tax returns before expatriating in order to avoid the exit tax. You may need to consider using the IRS streamlined filing compliance procedures or the Offshore Voluntary Disclosure Program to report any previously unreported foreign income. Consult with a tax attorney to determine the best course of action.

You will be considered to have relinquished citizenship for tax purposes if one of the following four events occurs:

The first two methods require a certificate of loss of nationality issued by the U.S. Department of State to be effective. If you are unable to sidestep these requirements and are a covered expatriate, then a taxable sale of all your assets will be deemed to occur the day before expatriation.

Tax rates for sales of long-term assets can be as high as 23.8 percent under current law. The first $699,000 of taxable income will be excluded, but you will have to pay tax on any remaining gain.

While expatriating to escape tax liability may sound enticing to some, be sure that you have carefully studied the requirements and consequences before giving up your citizenship.