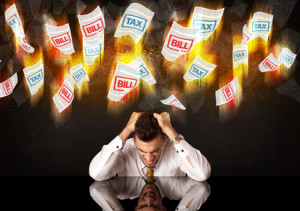 Bankruptcy Appellate Panel Finds in Favor of the Taxpayer in Late-Filed Taxes Discharge Question
In the previous blog post we set forth the facts in a bankruptcy proceeding where the IRS argued that taxes filed even one day past assessment would result in the nondischargeability of the debt in bankruptcy. In this post we will examine the Bankruptcy Appellate Panel’s (BAP) analysis and issued guidance in the proceeding In re Kevin Wayne and Susan Martin, EC-14-1180-KuKiTa (9th Cir. BAP 2015).

Bankruptcy Court Found the Tax Debts Were Dischargeable
Based on the above facts, the IRS filed for summary judgement on its theory that, “a tax return filed post-assessment is the functional equivalent of no tax return at all for both tax purposes and nondischargeability purposes.” The bankruptcy court denied the IRS motion. Instead, the bankruptcy court found in favor of the Martins. The judge found that the 2004, 2005, and 2006 filings constituted “returns” for purposes of dischargeability and granted summary judgment in the taxpayers’ favor.

The bankruptcy court held that the correct standard for determining whether one qualifies for a bankruptcy discharge had not been affected by the changes to the bankruptcy law made by the 2005 Bankruptcy Abuse Prevention and Consumer Protection Act (BAPCPA). The bankruptcy court found that the proper standard for such a determination remained, “the test established in the tax court decision of Beard v. Commissioner, 82 T.C. 766, 774–79 (1984), aff’d 793 F.2d 139 (6th Cir. 1986).” Under this test, the inquiry for whether or not a document is a “return” is as follows:

(1) it must purport to be a return; (2) it must be executed under penalty of perjury; (3) it must
contain sufficient data to allow calculation of tax; and (4) it must represent an honest and
reasonable attempt to satisfy the requirements of the tax law.

Bankruptcy Appellate Panel Rejects Bankruptcy Court’s Finding of Dischargeability, But Declines to Adopt Literal Interpretation of Tax Code
On appeal the BAP first addressed the literal interpretation of the statute that has been applied in several circuits, and agreed with the bankruptcy court that a literal interpretation was not correct even in light of BAPCPA. While the BAP acknowledged that BAPCPA did indeed introduce new language to Section 523(a) it pointed out that a literal construction would mean that tax returns that are filed late or are otherwise untimely are never considered returns for the purposes of dischargeability. As such, a taxpayer who files even one day late would not be entitled to discharge. However, under this literal interpretation, a taxpayer who never prepares a tax return but who is “fortunate” enough to have the IRS prepare a return on his or her behalf would be entitled to discharge.

The BAP concluded that courts that take such an approach, “gloss over one of the most important rules of plain meaning statutory construction: that the meaning of a statutory term only is considered plain and unambiguous if the term is clearly understood in the context of the words surrounding it and in the context of the larger statutory scheme.” The BAP went on to review whether the bankruptcy court had applied the correct standard when determining whether the taxpayers tax filings qualified as “returns“ under Bankruptcy Code § 523(a)(1)(B)(i).

Court Announces Appropriate Definition of “Return” for Purposes of Bankruptcy Discharge
Overturning the lower court, the Bankruptcy Appellate Panel found that the 2005 changes did not leave the law totally undisturbed. Rather, the court held that the term “return” added by Congress in 2005 effectively codified the Beard test, except that Congress carved out some specific rules for tax returns prepared by taxing authorities. Where the BAP differed with the bankruptcy court was with respect to the fourth prong of the Beard test, i.e. the filing must represent an honest and reasonable attempt to satisfy the requirements of the tax law. The BAP found that this was an important part of the Beard test, and that it was not limited to a review of the form and content of the filing, but also required a broad review of factors such as the number of missing returns, the length of the delay, the reasons for the delay, and any other circumstances reasonably pertaining to the honesty and reasonableness of the taxpayers efforts.

Court Addresses IRS Argument that All Tax Debts Associated With Post-Assessment Tax Returns Are Nondischargeable
The court also took the opportunity to address the IRS argument that an IRS tax assessment made without the assistance of a taxpayer-prepared return is always nondischargeable. The IRS argued that a taxpayer who fails to file until after an IRS assessment is always ineligible for discharge because the debt arising from such events is “a tax debt for which a tax return was required but never filed.” Thus, the IRS argument would deem irrelevant a taxpayer’s attempt to take any corrective action regarding filing failures after an assessment has already been completed. The BAP rejected this argument relying on a prior BAP opinion, In re Nunez, 232 B.R. 778 (9th Cir. BAP 1999),

The experienced tax attorneys of the Brager Tax Law Group can assist you in analyzing these problems and can present both short-term and long-term options to correct your past tax problems. To schedule a confidential legal consultation to discuss tax problems,  call our firm at 800-380-TAX-LITIGATOR today.