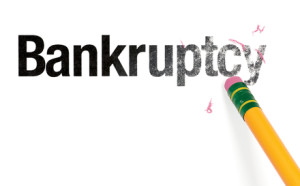 The Internal Revenue Code and the Bankruptcy Code are each complex laws, but when they intersect things can get quite confusing, and seemingly inconsequential facts can have serious legal consequences. In a recent unpublished opinion, In re Kevin Wayne and Susan Martin, EC-14-1180-KuKiTa (9th Cir. BAP 2015), the Bankruptcy Appellate Panel (BAP) provided some guidance as to the effect the non-filing of a tax return or the filing of a tax return post-assessment can have on one’s eligibility for discharge through bankruptcy. While the court did not provide a bright-line rule, it did provide an explanation as to the applicable standards regarding what constitutes a “return” for purposes of a bankruptcy discharge. Taxpayers and their bankruptcy and tax attorneys can consider and apply the announced standard to gain a better insight into the impact their non-filing may have on contemplated bankruptcy proceedings. Of course the story may not be over, and the IRS may still appeal the BAP ruling.

Providing further clarity and a rejection of the harsh consequences imposed by a literalist approach and the IRS-advocated positions, the court also addressed a number of other arguments regarding the proper definition of a “return” and the analytical framework when determining a taxpayer’s eligibility for a bankruptcy discharge. In doing so the BAP rejected an approach that had gained favor in other courts. In doing so the BAP refused to follow other courts which had interpreted tax and bankruptcy law in a way which would make a tax debt nondischargeable whenever a tax return is filed even one day late. It also rejected the IRS position that once the IRS makes an assessment in the absence of a filed tax return that tax debt is non-dischargeable even though the taxpayer subsequently files a tax return.

As set forth in the opinion, the Martins failed to file a tax return for multiple tax years including the 2004, 2005, and 2006 tax years. In light of the Martins’ failure to file, the IRS launched a tax audit in June 2008. The IRS adhered to the deficiency and assessment procedures set forth in Internal Revenue Code section 6212, and completed its audit in August 2008. At that time the IRS sent a notice of deficiency to the taxpayers.

While the taxpayers changed their accountant after apparently receiving the notice of the deficiency, they did not make any filings with the IRS for quite a while. According to the opinion, the Martins’ new accountant completed tax returns for the 2004, 2005, and 2006 tax years in December of 2008. However, the Martins failed to sign and file the prepared returns until June of 2009. The Martins attempted to explain the 6-month delay stating that their original accountant had lost her husband, but for over a year, had refused to relinquish their tax information. They then found and hired a new accountant, but additional delay occurred because, “Once I just feel like we were trying to get it all in at once. I — I guess that’s why we waited. I was wondering the same thing, why we didn’t get them in right away. But we had so many back taxes that we were just trying to get them all done. And that’s why they sat for a little while.”

In the interim, the IRS made assessments against the taxpayers and made two demands for payment. The IRS then provided notice that it intended to collect through a tax levy. At that point, the taxpayers filed their missing returns for the 2004, 2005, and 2006 tax years. The IRS adjusted the taxpayers’ deficiency based on the information provided.

We have now set forth the facts in this important bankruptcy proceeding addressing an issue relevant to any taxpayer who has filed their taxes in a less than timely fashion. In the next post we will examine the Bankruptcy Appellate Panel’s analysis in this matter and the practical affect the panel’s decision has on any individual who seeks a bankruptcy discharge for tax debts.

The experienced tax attorneys of the Brager Tax Law Group can assist you in analyzing these problems and can present both short-term and long-term options to correct your past tax problems. To schedule a confidential legal consultation to discuss tax problems,  call our firm at 800-380-TAX-LITIGATOR today.