Last month, while most people were preparing their Christmas lists, Louis Alba, a New York contractor, plead guilty to criminal tax charges of failing to pay over to IRS employment taxes withheld from employee wages in the amount of almost $780,000 over approximately six years. Failure to pay over payroll taxes is considered a felony under Internal Revenue Code (IRC) Section 7202. It is punishable by up to five years in jail, and a fine of up to $250,000. 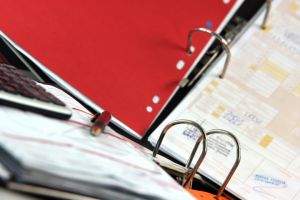 In the current economic environment business owners who are strapped for cash sometimes decide to “borrow” from the IRS by not paying the payroll taxes. The theory is that if cash is tight, and the vendors aren’t paid there will be no more merchandise to sell, and therefore the business will go under quickly. The same with the landlord; don’t pay the rent, and one can expect an eviction notice in short order. The IRS on the other hand moves slowly, and the temptation is to believe that if you have another 6 months or so business will turn around, and the IRS can be paid back.

Unfortunately in many cases that doesn’t happen. The IRS doesn’t look on this as borrowing; it views the failure to pay payroll taxes as stealing. Even if criminal tax charges are not brought, so-called responsible officers who fail to pay over corporate payroll taxes can be held personally liable under IRC Section 6671. More and more, however, the IRS is bringing criminal tax fraud charges. For the record persons convicted of tax crimes still must pay the taxes. It’s not one or the other.

If you or your company hasn’t paid its payroll taxes contact the tax controversy lawyers at 800-380-TAX LITIGATORS for a confidential consultation.