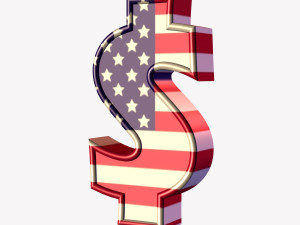 Since FATCA’s passage, critics of the law have assailed its provisions and the IRS’ interpretations of the law. However one of the most oft-repeated charges against the account disclosure statute was that the IRS, itself, was not ready for the law and could not handle the influx of data including complex tax filings. A December 2011 New York Times article lamented that the IRS was not prepared for the fierce reaction from overseas or differences in how each tax agency handles their process. For instance, at the time there was concern regarding how manual verification would work in tax systems like Japan’s which relies on electronic screening rather than manual actions.

Thus, foreign financial institutions were originally granted something of a temporary reprieve from FATCA and its obligations. Facing foreign pressure the IRS first delayed the registration deadline for foreign financial institutions until June 30, 2014. Then in May 2014, the IRS announced in Notice 2014-33 that the 2014 and 2015 tax years would be transition period for enforcement and administration purposes relating to entities only. Individual investors are still be required to comply with all FATCA provisions. The transition period does not delay FATCA implementation or effective dates.

However the promise of even greater detection and enforcement powers for the IRS is here. Recently, the IRS announced that its International Data Exchange Service had come online. Increased international FATCA compliance due to lower barriers to reporting should improve the IRS’ foreign account detection efforts.

In countries where a reciprocal IGA is in effect and where the jurisdiction has implemented necessary safeguards and infrastructure, the IRS can use IDES to submit data to that country’s taxing authority. Where applicable, the IRS can provide information on accounts held in US jurisdictions by residents from that country or jurisdiction.

What effect will IDES have?
IDES should reduce the barriers to FATCA reporting for many foreign financial institutions. In light of the potential 30% withholding penalty for foreign banks that fail to comply with FATCA, this system should further boost response rates. Furthermore, establishing a single system that relies on a standardized format should permit the IRS to better handle the copious amounts of data the agency will receive under FATCA. The standardized format should allow the agency to compare and cross-reference data provided by foreign financial institutions, domestic tax data, and other financial records. This should improve the IRS’ detection rates. As FATCA becomes more established, the IRS’ enforcement efforts can only be expected to increase significantly.

Time is running out to correct tax problems created by foreign accounts
For taxpayers with foreign financial accounts that have yet to be disclosed under either FATCA or FBAR, this means that the time to become compliant is fast running out. Failure to meet your obligations can result in significant civil penalties or criminal tax prosecution. Contact the Brager Tax Law Offices for a confidential tax consultation by calling 800-380-TAX-LITIGATOR or contact us online today.