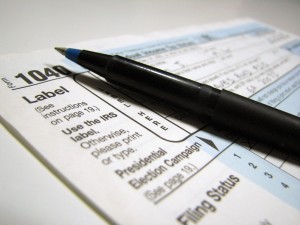 The 2007 financial crisis and its aftermath fundamentally changed how Americans think about risk and business. Another effect of the financial crisis was creating a renewed urgency regarding balancing the federal government’s finances. While many in Congress focus on reducing expenditures, the IRS has continued its efforts to increase tax revenues through better identification of tax fraud and tax avoidance even with a decreased budget.

As has been seen in the context of offshore accounts, coming forward voluntarily, making a complete disclosure and taking steps to correct tax problems before the IRS identifies you leads to better outcomes in the majority of situations. If you are concerned that you may have taken overly aggressive positions to minimize taxes that passes through an S Corporation, an experienced lawyer can review your situation and provide peace of mind. If he or she does identify a problem, you can begin taking steps to correct it before being faced with an IRS audit or criminal tax investigation.

What are the tax differences between an S Corp and a C Corp?
The IRS believes that one of the areas taxpayers may be exploiting is the S Corporation. The IRS believes abuse may be present because S Corporation status can confer significant tax advantages while the requirements for an S Corp have been loosened over the past 20 years.

Unlike a C Corp, an S Corp is not subject to double-taxation – once at the organization level and once when distributed to shareholders – because it is a pass-through or flow-through entity. In an S Corp the income and losses pass directly to shareholders who pay tax at their individual rate thereby avoiding the corporate tax. Furthermore, whereas in 1996 an S Corp was limited to 35 members, today one can have 100 members and some family members can be counted as a single member.

These alternatives can lead to significantly different tax treatments. In the first example, the pass through amount would be taxed at the shareholder’s ordinary income tax rate. In the second example the full amount of income would still be taxed at the regular income tax rate, but the salary income would also be subject to additional FICA and Medicare taxes. Additionally because both the corporation and shareholder pay taxes, the cost would essentially be doubled.

Taking the first road can lead to a 20% accuracy related penalty, and possibly other penalties for failure to make federal tax deposits, file employment tax returns, etc. In short, claiming a $0 salary to defeat the Medicare and FICA taxes may have initial appeal, but the long-term consequences of such an approach make this a strategy that should be avoided. Working with an experienced tax professional can help you identify specious tax strategies and avoid them in favor of sound long-term strategies.