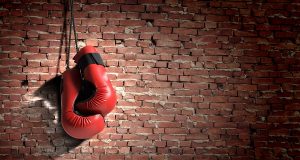 Tax fraud occurs when an individual’s conduct goes beyond negligence and becomes intentional or willful wrongdoing. It has been described as an intentional violation of a known legal duty.

If you want to fight tax fraud penalties, you will have to convince the IRS that they have insufficient evidence to prove that your acts were willful. You may be able to fight the charges against you, or negotiate the amount of penalties owed, but you must consult with a criminal tax attorney before saying anything to the IRS.

The badges of tax fraud are used to determine whether tax fraud has been committed. These badges include:

•implausible or inconsistent explanations of behavior;

•failure to cooperate with tax authorities;

•dealing in cash; and

As part of their case, the IRS must show that you knew you were supposed to do something, and willfully did not do it. Depending on the complexity of the situation, you may be able to convince a jury that you were unaware of your legal obligations.

Some taxpayers attempt to explain their situations to IRS agents who are investigating them. They may mention the financial hardships they are having, or some other excuse for why they did not meet their tax obligations.

Any statements made to the IRS can be used against you in a tax fraud case. If you make a statement that is later shown to be false, the IRS will use this against you as further evidence of your guilt.

If you are contacted by an IRS special agent, contact your criminal tax attorney immediately, and do not make any statements to the IRS. Keep in mind that any discussions you have with your tax preparer or accountant are generally not privileged, so the IRS can force them to testify against you.