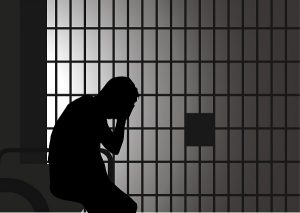 A former IRS revenue officer used his knowledge of the tax system to evade more than $573,000 in taxes over a 16-year period. Henti Lucian Baird hid his income—which was ironically made as a tax consultant—in bank accounts that he created in the names of his children. He has been sentenced to 43 months in prison for tax evasion and corruptly endeavoring to impede the administration of the revenue laws.

Baird operated a tax consulting business from 1989 to 2014, after working for 12 years for the IRS. His inside knowledge of the IRS appears to have influenced how he structured his finances to evade federal income taxes, while avoiding detection for many years.

First, Baird hid hundreds of thousands of dollars of income in bank accounts he created in the names of his children. Baird filed an income tax return every year, but paid no taxes beginning in 1998. His time working at the IRS probably taught him that a failure to file a tax return is one of the badges of tax fraud, so he avoided suspicion by filing a timely return each year.

While Baird was able to continue evading taxes for many years, eventually the IRS caught on to his scheme. At this point, rather than give up and admit his tax crimes, Baird chose to use his knowledge of IRS collection procedures to attempt to avoid levies, liens, and other collection actions.

First, Baird submitted a false collection form that stated that he only had one bank account. When he learned that the IRS knew about his other accounts and intended to levy them, he withdrew all of the funds in the accounts.

Baird also filed a request to discharge the bank account levies and an application to subordinate a federal tax lien. In the end, the IRS Criminal Investigation Division prosecuted Baird for tax evasion and his attempt to impede the investigation. Baird pleaded guilty in October 2016, and must pay restitution of over $573,000 to the IRS.