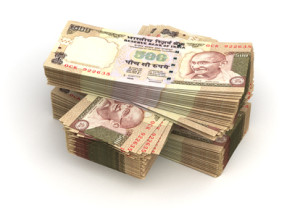 On July 9, 2015, the United States and Indian governments announced that they had entered into a Foreign Account and Tax Compliance Act (FATCA) agreement. FATCA is a U.S. law that has been described by some as a “global banking law.” The reason for this characterization is because the law requires banks and other financial institutions located in foreign nations to take action. Foreign banks and financial institutions that fail to provide information required under FATCA can face up to a 30 percent withholding penalty. Such a significant penalty means that these foreign banks are highly likely to provide the U.S. government and its agencies like the IRS and the Department of Justice (DOJ) with foreign account information with links to U.S. citizens, permanent residents, and resident aliens.

Indian-Americans Living and Working in the United States: Beware of Undisclosed Foreign Accounts
For Americans holding assets or offshore accounts based in India, this news of an agreement between the nations may raise some alarm. FATCA appears to be a highly effective tool for the U.S. government in convincing or coercing foreign nations and entities to provide tax information. Americans holding or controlling assets or financial accounts in India must disclose these accounts if they have not already done so.

Consider this scenario; 20 years ago an Indian doctor lawfully immigrated to the United States. The doctor was extremely successful while living and working in the United States and acquired a significant amount of assets. One day, a family member still living in India tells the doctor about an investment opportunity in the doctor’s hometown that could also significantly improve the quality of life for the residents. The doctor decides that he will open accounts in India for the sake of convenience in handling this new business venture. The doctor then transfers in excess of $500,000 to foreign accounts.

If the doctor does not make any foreign account disclosures over the next calendar year, he is likely in violation of both FATCA and Report of Foreign Bank & Financial Accounts (FBAR) foreign account disclosure obligations. Furthermore, because of the FATCA information sharing agreement, the United States government is highly likely to discover these accounts and identify the doctor as the holder of the account. The doctor may face significant penalties that can potentially exceed the original account balance.

What Must a Taxpayer do to Satisfy FATCA Obligations?
Although Indian-Americans are the most likely demographic to have accounts or assets in India all U.S. taxpayers with accounts and assets in foreign nations are potentially subject to an account disclosure obligation. Taxpayers who have assets or accounts in foreign jurisdictions in excess of the reporting threshold must disclose the existence of these accounts. The applicable threshold that triggers a disclosure obligation for FATCA is based on the taxpayer’s filing status and whether the taxpayer lives in the United States or in a foreign nation. Single filers living within the United States can hold the least amount of foreign assets before they must disclose.

Taxpayers satisfy their FATCA reporting obligation by filing Form 8938, as provided by the IRS. The form, known as Statement of Specified Foreign Financial Assets is filed with the annual income tax return Form 1040.

Taxpayers who fail to satisfy this obligation are subject to a $10,000 penalty for each violation. Failure to comply with FATCA disclosure requirements can also be punished by an additional penalty of 40 percent of any tax understatement attributable to an undisclosed foreign financial asset. These penalties only address FATCA consequences. If an FBAR is not filed additional penalties may apply.

Offshore Tax Problems? Put Our Experience to Work for You
The experienced tax attorneys and tax professionals of the Brager Tax Law Group are dedicated to providing solutions to serious offshore account tax problems. While Offshore Voluntary Disclosure Program (OVDP) or the streamlined variant may offer a pathway to reduced penalties, time is of the essence. Taxpayers who are identified by the IRS prior to making a disclosure will be unable to avail themselves of the program’s benefits since the disclosure would not be voluntary. To schedule an offshore tax consultation, call 800-380-TAX-LITIGATOR today.