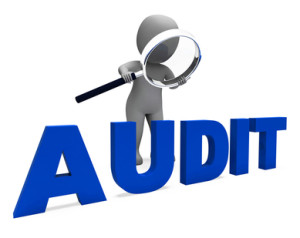 The U.S. Tax Code is, essentially, in a constant state of flux. While there are certain bedrock principles, such as the obligation to file and pay taxes, particularities regarding both substantive and procedural handling of tax issues can change with time. Decisions made by judges, changes to the Internal Revenue Code by acts of Congress, and IRS interpretations of the statutory law can all effect how the Code is administered. In some cases, some of these sources of guidance for the tax code may disagree resulting in uncertainty and confusion.

Taxpayers must remain aware of their ever-changing tax obligations and the consequences for their noncompliance. Taxpayers who fail to keep abreast of important changes in the tax code and its procedures risk subjecting themselves to significant tax penalties or even criminal tax charges.

How Long Does the IRS Typically Have to Conduct a Tax Audit?
The IRS is typically authorized to audit a taxpayer’s tax return filing for up to three years for its filing. However, it has long been held that the IRS may audit for up to six years in instances where a substantial understatement of income has been detected. A substantial understatement of income is defined as a taxpayer who fails to include more than 25 percent of his or her income. While this concept seems straightforward enough, what it means to omit a quarter or more of income, exactly, has been the subject of significant litigation and subsequent legislative action.

U.S. Supreme Court Restricted Some IRS Tax Audits to 3 Years in 2012
In U.S. v. Home Concrete & Supply, LLC the United States Supreme Court (USSC) significantly restricted the IRS’ ability under §6501(e)(1)(A) to audit for up to six years. This case concerned a taxpayer who “omit[ted] from gross income an amount properly includible therein which is in excess of 25 percent of the amount of gross income stated in the return.”

In Home Concrete, the taxpayer made overstatements regarding the basis of property that was sold. The overstatement of basis resulted in tax returns that understated the sale proceeds in an amount greater than 25 percent. The Fourth Circuit Court of Appeals held that the “taxpayers’ overstatements of basis, and resulting understatements of gross income, did not trigger the extended limitations period. “ Meaning that while the IRS would have been able to audit within the three-year period, it was not entitled to audit in these circumstances after that time had elapsed. The IRS appealed and the Supreme Court granted certiorari. The Supreme Court affirmed the lower court’s decision concluding that §6501(e)(1)(A) does not apply to an overstatement of basis that results in an understatement of income.

Congress Changes the Law Overruling the Supreme Court’s Decision
Since Congress retains the right to legislate when displeased by a court decision not based on Constitutional grounds, it sometimes attempts to change or otherwise alter the law so that Congress’ goal is accomplished. Following the decision in U.S. v. Home Concrete & Supply Congress changed the language in the Internal Revenue Code. The Surface Transportation and Veterans Health Care Choice Improvement Act of 2015 added the following language to the tax code: An understatement of gross income by reason of an overstatement of unrecovered cost or other basis is an omission from gross income.

This change in the U.S. Tax Code’s language applies to all returns filed after July 31, 2015. Additionally, previously filed tax returns for which the statute of limitations is still open under existing law is also subject to this change. Taxpayers who filed with a reliance on the old language regarding overstatements of basis resulting in an understatement of income of more than 25 percent are now be subject to an expanded audit window of up to six years. Furthermore, these taxpayers are likely subject to penalties due to the understatement.

Facing an IRS Tax Audit in Los Angeles or Elsewhere?
The tax law is in a perpetual state of flux. Seemingly small changes to language in the Code can have significant impacts on taxpayers. If you or your small business is facing a tax audit by the IRS or California state tax authorities, the stakes are too high to go it alone. Contact the experienced tax professionals of the Brager Tax Law Group by calling 800-380-TAX-LITIGATOR or contact us online today.