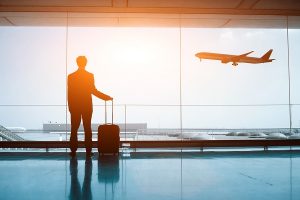 Your unresolved tax debt could prevent you from taking your next trip overseas. The IRS has the right to certify to the State Department that an individual has seriously delinquent tax debt. Upon receiving this certification, the State Department will generally not issue you a new passport, and will revoke your current passport.

Tax debt is considered “seriously delinquent” if it is unpaid, legally enforceable and assessed, is greater than $50,000 (indexed for inflation annually), and a notice of federal tax lien has been filed, AND the rights to appeal a levy have expired, or a levy has been made. In other words, the IRS has been doing everything it can to collect your tax debt, and you still have a large outstanding balance owed to the Treasury.

The IRS will send a notice to your last known address when it certifies debt as seriously delinquent to the State Department.

You can get a certification reversed by either paying the tax debt in full, notifying the IRS that the certification is erroneous, or by satisfying one of the criteria listed above for an exception to the “seriously delinquent” standard. Enter into an installment agreement or offer in compromise, request innocent spouse relief, or request a collection due process hearing to contest a levy.

Note that paying the debt down to below $50,000 does not require the IRS to reverse the certification to the State Department. Once debt is certified as seriously delinquent, you need to either pay the entire debt or come to an agreement with the IRS.

This certification program was set to begin in early 2017, and the IRS now says it will probably be sometime this summer. Time will tell how aggressive the IRS is in certifying seriously delinquent tax debt to the State Department, but this is another arrow in the quiver of the IRS when dealing with taxpayers.

If a federal tax lien, bank account levy, or wage garnishment was not enough to convince you to resolve your tax problems, perhaps having to cancel your next vacation will be. Talk to a tax attorney to discuss how to handle your tax debt and get your passport back.