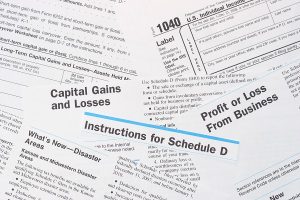 The IRS must generally issue a notice to a taxpayer before proceeding with a levy on their assets. The taxpayer is given 30-days to request a Collection Due Process hearing (CDP hearing), where the taxpayer can attempt to avoid the levy action by negotiating an installment agreement, disputing the tax liability that resulted in the levy, or presenting other defenses. The IRS will usually not take any levy actions during the 30-day period, or while the CDP hearing process is ongoing.

There are exceptions to the 30-day notice requirement. One situation where the IRS is not required to provide a notice is when they believe that collection of the tax is in jeopardy, known as a jeopardy levy. In this case, the IRS can bypass the notice requirement and immediately levy the taxpayer’s assets, such as a bank account, the taxpayer’s wages, cars, or other property.

In these situations, the taxpayer has no choice but to request an appeal of the levy after it has taken place. The taxpayer may request a CDP hearing, or hearing under the Collection Appeals Program, to argue that the jeopardy levy was unreasonable.

The IRS is only supposed to use the jeopardy levy in rare situations. Treasury regulations specifically list three circumstances were a jeopardy levy may be reasonable:

The burden of proof is on the IRS to show that the jeopardy levy was reasonable under the circumstances, and that one of these conditions was satisfied.

A taxpayer can attempt to argue that the jeopardy levy was not reasonable because none of the above conditions were present, and they can also attempt to propose other resolutions to their outstanding tax debt, such as an offer in compromise or presenting an innocent spouse defense.

If the jeopardy levy is upheld during the CDP or CAP hearing, the taxpayer may be able to receive a judicial review of the decision in U.S. District Court or Tax Court.