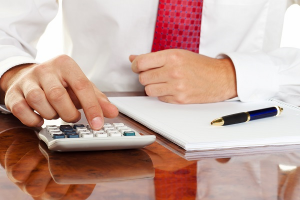 The Collection Appeals Program (CAP) is an IRS procedure available to appeal a broad range of collection actions. However, it does have some pitfalls when compared to a Collection Due Process (CDP) hearing, so consider consulting with a tax attorney if you are not sure which procedure to use.

The CAP procedure can be used to dispute the following collection actions:

Some of these actions may also be appealed during a CDP hearing, so you may be unsure which method is preferable for appealing a tax lien or a bank account levy. That answer depends on your situation, but two important distinctions between a CDP hearing and the CAP procedure are that the decision from a CAP conference cannot be appealed in Tax Court, and you cannot dispute the amount or existence of the underlying tax liability in a CAP procedure, which you may be able to do at a CDP hearing if you have not already been given to chance to do so.

If you have a situation where you can use a CAP procedure before a CDP notice is issued, you have to be very careful because an issue that is raised and decided in a CAP hearing cannot be appealed during a CDP hearing, unless new information is presented. This could also prevent you from raising the issue in Tax Court, so do not pursue the CAP hearing prematurely.

The CAP can be valuable for appealing actions related to installment agreements, which cannot be appealed during a CDP hearing. If the IRS terminates an existing installment agreement, perhaps because you missed a payment or failed to file a tax return, they may initiate collection actions such as bank account levies. However, they cannot levy until 30 days after the levy or termination of your installment agreement, and if you appeal, they will not appeal during the appeals process unless they believe the collection is in jeopardy.