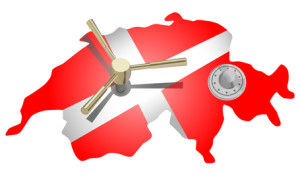 One of the top priorities for the IRS and Department of Justice has been the focus on offshore financial accounts held by U.S. taxpayers, and used to avoid or defeat the assessment of tax. Underscoring the need for an increased focus on offshore tax enforcement is a 2008 U.S. Senate report showing that the use of offshore accounts results in the loss of more than $100 billion in tax revenues each year. From the DOJ’s use of “John Doe” summonses to force credit card and financial companies to release information about account holders, to FATCA and the Swiss Bank program, the U.S. government is committed to identifying and prosecuting taxpayers who avoid their tax obligations.

Under the Swiss Bank program, these banks and the information they provide became a new weapon in combatting those who try to conceal income behind foreign trusts and entities. In a June press release Acting Assistant Attorney General Caroline Ciraolo summed up the effects of a bank joining the program. She said, “As each additional bank signs up under the Swiss Bank Program, more and more information is flowing to the IRS agents and Justice Department prosecutors going after illegally concealed offshore accounts and the financial professionals who help U.S. taxpayers hide assets abroad.”

Rothschild Bank AG Joins Swiss Bank Program
One of the more recent banks to join the program is Rothschild Bank AG. The bank was founded in 1968 and based in Zurich, Switzerland. In joining the Swiss Bank Program the bank admitted that it engaged in practices intended to aid and assist U.S. taxpayers in concealing income and assets. Practices at the bank included code-named accounts and a “hold mail” service where a bank official would hold all mail at the bank to permit U.S. taxpayers to minimize their account paper trial. Other wrongful acts the bank admitted to included:

For its wrongful acts, Rothschild agreed to pay $11.51 million. While the penalty is significant, the larger impact may be felt by Rothschild account holders and others doing business with the bank who have failed to disclose or declare accounts.

Banca Credinvest SA (Credinvest) Also Enters Swiss Bank Program
Like Rothschild, Credinvest also admitted to engaging in a number of questionable practices and services on behalf of U.S. taxpayers. Similar to Rothschild, Credinvest also offered to assign account numbers or aliases to accounts and had a mail hold program. Credinvest also failed to develop or implement any type of monitoring compliance of U.S.-linked accounts and their corresponding tax obligations. Furthermore, the financial institution had failed to set up any formal procedure to report non-compliant accounts. At least 31 U.S.-linked accounts with more than $24 million in assets were mishandled by the bank.

Offshore Tax Concerns?
Failure to address one’s offshore tax compliance concerns has always been a risky proposition. However, the increased information provided by FATCA is allowing the U.S. government to identify and pursue more and more taxpayers. If you have undisclosed foreign accounts whether or not you have already received a communication from the IRS, the dedicated tax professionals of the Brager Tax Law Group can help. To schedule a private tax consultation call our firm at 800-380-TAX-LITIGATOR or contact us online today.