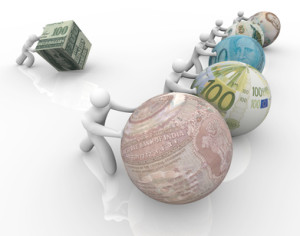 In yet another sign of the rapidly expanding reach of FATCA and the U.S. government’s increased access to account data from around the world, the Turkish government reached a reciprocal information sharing agreement with the United States government. The bottom-line here is that taxpayers holding undisclosed accounts and assets in Turkey are now significantly more likely to have those accounts identified and to be linked back to those accounts. Taxpayers who are linked to undisclosed foreign accounts and assets can face significant fines and penalties.

A taxpayer who fails to satisfy his or her FBAR disclosure obligation can face a $10,000 per year penalty for even an inadvertent error. If the government agent believes that your FBAR compliance failure was the product of willful conduct, penalties that equal the highest account balance are not uncommon. Similarly, failures to disclose assets and accounts under FATCA can lead to an initial separate $10,000 penalty followed by significantly more harsh consequences for continued noncompliance with FATCA.

The Intergovernmental Agreement agreed to by the two countries is a Model 1 version of the agreement. The agreement recognizes that FATCA raises some issues and concerns that Turkish financial institutions may have some trouble with complying at the outset, however the agreement holds that the two nations are “committed to working together over the longer term towards achieving common reporting and due diligence standards for financial institutions.” Therefore, if you expect to wait FATCA out – don’t count on it.

Under this Model 1 agreement, tax information can be shared both from the United States to Turkey and from Turkey to the United States. Since this is a Model 1 agreement, information received from Turkish financial institutes will first be provided to the Turkish taxing authority. That information will then be passed from the foreign authority to the IRS. That is, the foreign taxing authority acts as a pass-through or intermediary for all information sent about taxpayer accounts by foreign financial institutions (FFI).

How Can A Taxpayer Comply with FATCA?

Unlike FBAR which has an account reporting threshold of $10,000 in foreign financial assets or accounts, the reporting threshold for FATCA is determined on the basis of one’s filing status and country of residence. That is, taxpayers who are living abroad can hold or control more foreign assets before they are required to make a disclosure. For instance, a married taxpayer filing jointly and living within the borders of the United States would be required make a FATCA disclosure if foreign accounts exceed $150,000 at any time during the year or $100,000 at the end of the tax year. However, that same couple filing jointly and living abroad would not be required to file until their specified foreign financial assets exceeds $600,000 at any time during the year or $400,000 at the year’s close.

Compliance with FBAR and FATCA has always been important. However, the rapid expansion of the United States government’s ability to gather and analyze international account information should make clear how essential compliance has become. More than 100 nations now have an agreement to provide information to the United States. Failure to disclose accounts held in any of these nations significantly increases the odds of detection and facing severe penalties.

Rely on our Offshore Tax Experience

Offshore taxes have long been a sensitive area requiring special handling and attention. In recent years, the importance of proper handling of offshore accounts has only become more essential in light of the harsh penalties and significantly increased chances of detection. If you suspect that you may have made errors in the past handling of your taxes, the Offshore Voluntary Disclosure or one of the Streamlined disclosure programs may permit you to come back into compliance while facing significantly reduced consequences. The experienced and dedicated legal team of the Brager Tax Law Group can help provide options to correct past tax mistakes and come back into legal compliance with the tax system. To schedule a private offshore tax consultation call us at 800-380-TAX-LITIGATOR or contact us online.