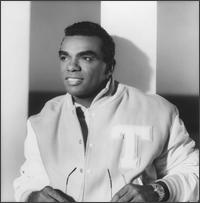 In September 2006 Ron Isley, lead singer of the Isley Brothers, was of convicted five counts of felony tax evasion and one count of willful failure to file his income tax returns. According to the Internal Revenue Service (IRS) at trial it proved that between 1997 and 2001 Isley evaded payment of $3.1 million dollars of income tax debts. The District Court sentenced Isley to 37 months in federal prison despite the fact that Isley had a series of health issues including kidney cancer, diabetes and a recent stroke. Isley appealed his tax fraud conviction, and earlier this month the 9th Circuit upheld his sentence. According to one article Isley is currently incarcerated at a federal prision in Indiana, and he has a projected release date of April 2010. Isley’s tax problems don’t end there. In addition to serving his time in prison Isley will be expected to liquidate his assets to pay his tax debts.

If you have tax problems call us at Brager Tax Law Group, A P.C