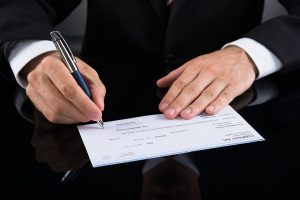 END_OF_DOCUMENT_TOKEN_TO_BE_REPLACED

The former Vice President of a South Carolina-based bank has pleaded guilty to conspiring to defraud the United States by participating in an employment tax fraud scheme that resulted in over $1 million in unpaid payroll taxes. This case shows that the Department of Justice will go after those who are complicit in employment tax fraud in addition to businesses or individuals that fail to remit payroll taxes.

Douglas Corriher made several loans to a bank customer who operated staffing companies in North Carolina. These loans were made through nominees to circumvent federal laws that limit the amount that can be loaned to a single entity. Engaging in illegal activities is one of the badges of tax fraud, so these illegal loans may have indicated to the IRS that an intentional violation of a known legal duty was occurring.

The staffing company handled the payroll responsibilities—including remitting payroll taxes and filing W-2 forms—for thousands of low-wage temp workers. The W-2 forms indicated that the employment taxes had been withheld from the workers’ wages, even though they had not actually been paid.

END_OF_DOCUMENT_TOKEN_TO_BE_REPLACED 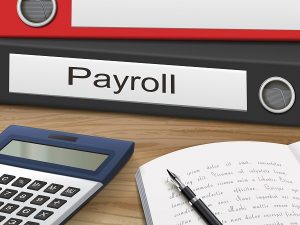 Payroll taxes represent both the employer and employee portions of Social Security and Medicare taxes, along with Federal income taxes that are withheld from an employee’s paycheck. The IRS takes an especially hard stance on the failure to remit payroll taxes, and uses aggressive collection efforts when pursuing these delinquent taxes.

The Trust Fund Recovery Penalty (TFRP) is a “penalty” equal to the trust fund portion of corporate unpaid payroll taxes..

END_OF_DOCUMENT_TOKEN_TO_BE_REPLACED

An employee can be held liable for their employer’s unpaid taxes in certain situations. While most businesses withhold their employees’ income and payroll taxes and then transmit them to the IRS, there are cases where employers either do not withhold taxes or do not give the withheld money to the IRS. Employees need to be aware of their responsibilities as both taxpayers and a person responsible for collecting and paying a business’s income or payroll taxes.

If your employer fails to withhold income or payroll taxes from your paycheck, you are still responsible for paying these taxes to the IRS. If you do not pay these taxes personally, you may face tax penalties, and you may not be eligible for Social Security, Medicare, or unemployment benefits.