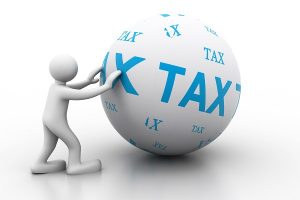 Some types of tax debt can be discharged in a Chapter 7 bankruptcy, and a debtor may pay less than the full amount owed for some taxes in a Chapter 13 bankruptcy. The amount of tax relief that is available will depend on several  factors including:

Before you consider getting a tax debt discharge using a Chapter 7 bankruptcy, you will need to make sure you are eligible to file. This will depend on whether your income is below your state median income. If not, you will have to pass the bankruptcy means test or show special circumstances to overcome a presumption of abuse.

Assuming you are eligible for Chapter 7, you can discharge tax debt that meets the following criteria:

For a detailed explanation of each of these requirements, read our article on using bankruptcy for tax relief.

A few common pitfalls that will prevent a tax debt discharge in Chapter 7 are a failure to file a return or agreeing to an extension of the statute of limitations to assess the tax. If you get an extension to file your return,  that also extends the time you need to wait to get a discharge of that tax debt in bankruptcy. For these reasons, you should consult with both a bankruptcy attorney and a tax relief attorney if you are considering bankruptcy and have tax debt that you need to get discharged.

Tax Relief in a Chapter 13 Bankruptcy

While a Chapter 13 bankruptcy does not allow for the same quick discharge that Chapter 7 does, it can result in reduced payments, particularly of nonpriority unsecured creditors which can include certain tax debts. In a Chapter 13 case, you’ll have to determine if your tax debts will be considered “priority debts”, which must be paid in full.

Tax debts will be considered priority debts if the tax is from a tax return that was due three years or less prior to the filing of the bankruptcy petition, or if the tax was assessed less than 240 days prior to the filing of the bankruptcy petition. Otherwise, it is a nonpriority debt which is eligible for discharge. Nonpriority creditors sometimes receive only pennies on the dollar of what they are owed, but the exact amount will depend on your wages and the other elements of your bankruptcy plan.

There are many more specific rules that could impact whether or not your tax debt will be discharged, so talk to a tax litigation attorney before you file your bankruptcy case.