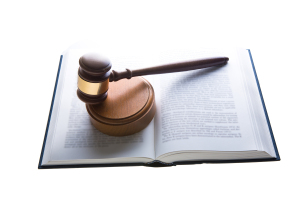 Conversations between a CPA and his or her clients may or may not be shielded from disclosure to third parties. Whether the accountant-client privilege exists is a fact-specific inquiry where the fact that your disclosures may not have been confidential may not emerge until it is already too late. This is chiefly because federal law does not recognize a generalized privilege between accountants and their clients.

While a selection of states including Colorado, Missouri and Florida do recognize the privilege, the privilege will only apply in state courts or in federal courts that are applying state law. In federal courts applying federal law, only a limited statutory protection applies to accountant-client communications. In contrast, the attorney-client privilege is recognized by all 50 states and in the federal courts. Furthermore, additional confidentiality may be provided through the work-product doctrine.

What is the purpose of confidentially privileges?
The intent of the attorney-client privilege and the accountant-client privilege is to foster an environment that is conducive to the client being able to offer all relevant information without fear of subsequent disclosure. These privileges are created to encourage people to seek, respectively, legal or financial advice. Such rules can encourage individuals to seek advice and proactively resolve their problems rather than conceal issues until they become insurmountable. Without an expectation of confidentiality, it is foreseeable that individuals would forego professional advice or withhold essential information. However, before making a disclosure it is essential to understand that the accountant-client privilege can be extremely limited.

Unfortunately, the broad sense of protection created by the previous provision is largely illusory. This is because the following section of the statute limits the application of the privilege to noncriminal tax matters before the IRS and noncriminal tax proceedings in the federal courts. 26 U.S.C § 7525(a)(2). Furthermore, any written communications relating to or regarding the promotion of the indirect or direct use of a tax shelter, as defined by 26 U.S.C § 6662 (d)(2)(C)(ii), are not protected by the privilege.

Furthermore, if a client was to pursue a malpractice action against his or her CPA, previously privileged communications may be admissible into evidence if they are relevant. Although similar problems can occur when suing an attorney for malpractice attorneys generally have higher duties of confidentiality than accountants. Considering that the taxpayer is ultimately responsible for the information he or she submits to the IRS, the possibility of malpractice can put an individual in a difficult quandary where they must choose between seeking accountability and disclosing their own tax problems.

However, a federal court recognized in US v. Deloitte, LLP that when at least some aspect of the material is prepared as part of an independent audit it can be protected by work-product if it is determined that the relevant portion of the material was prepared because of anticipated litigation. Furthermore, an individual who first retains an attorney and the attorney then engages with an accountant through a Kovel letter may be able to extend the confidentiality protections to cover the CPA as well. The use of an attorney merely as an intermediary would be insufficient to establish the privilege, but if the accountant is working under the direction of the attorney, the privilege would be likely to cover the accountant provided that the Kovel letter itself met legal requirements.