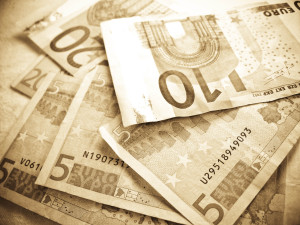 Zurich, Switzerland-based Credit Suisse is the first global banking organization in more than 10 years to plead guilty to a crime. In May 2014, Credit Suisse pleaded guilty to conspiracy to aid and assist U.S. taxpayers in filing false income tax returns and other documents with the Internal Revenue Service (IRS). Under terms of the plea deal and other agreements with state and federal agencies, Credit Suisse will pay roughly $2.6 billion in penalties. While prosecutors have obtained guilty pleas from subsidiaries of global banking units, the Credit Suisse guilty plea shows that federal prosecutors are willing and able to pursue even the largest of banking, investing and private asset units.

This news should be especially worrying for US-based holders of undisclosed foreign accounts or those with links to Credit Suisse, since Credit Suisse has agreed to hand over all evidence regarding its activities. According to US Attorney General Eric Holder, “[The Credit Suisse] case shows that no financial institution, no matter its size or global reach, is above the law.” If you have failed to respond to a Foreign Account Tax Compliance Act (FATCA) letter or have failed to file FBAR, you could likewise face significant fines and penalties.

What wrongful tax acts were committed?

The statement of facts that was filed with the plea deal noted a number of means utilized by Credit Suisse in aiding its US clients to conceal undisclosed foreign accounts. By accepting the plea deal, the organization admitted to utilizing a variety of methods to conceal assets and avoid paying taxes, including:

What did the plea deal provide for?

The plea deal requires Credit Suisse to make a complete disclosure regarding its cross-border banking and investment activities. The agreement also obligates the bank to cooperate in IGA treaty requests for account information. Furthermore, the bank agreed to provide other financial institutions with information regarding other banks that transferred funds to or accepted funds from a secret account. Credit Suisse must also develop and implement programs designed to bring the institution into compliance with reporting requirements under FATCA.

The monetary aspect of the plea deal will require Credit Suisse to pay approximately $2.6 billion to state and federal agencies. $1.8 billion of the total will be paid to the Department of Justice for the US Treasury, $715 million will be paid to the New York State Department of Financial Services, and $100 million will be directed to the Federal Reserve. US Attorney Boente emphasized, “This prosecution and plea should serve notice that secret accounts and assisting the evasion of income taxes has a high cost. Concealing financial accounts from the US government is not a legitimate part of wealth management or private banking services.”

For US taxpayers with undisclosed foreign financial accounts with a balance exceeding $10,000 at any moment in the tax year, the Offshore Voluntary Disclosure Program (OVPD) may offer a way to resolve your tax problems and avoid a potential referral for criminal tax prosecution. However, caution must be exercised since there are a number of OVDP program variants – each appropriate for different tax circumstances and carrying varying levels of risk. While the program does carry a penalty, it often represents a significant discount from what would be paid should the matter be investigated. However, time is of the essence to enter this program since you will become ineligible once an investigation of your taxes has been opened.