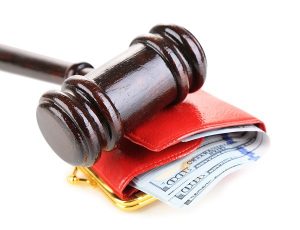 It’s best to try to stop a wage garnishment before it happens. If you owe the IRS back taxes and do not have any arguments for why the tax assessment is improper or incorrect, you should consider entering into an installment agreement or negotiating an Offer in Compromise. This will prevent any collection actions—such as a wage garnishment or bank account levy—as long as you fulfill your end of the agreement.

However, you may reach the point where a wage levy is imminent and you don’t have much time to stop it from happening. Fortunately, the IRS is required to give you a Collection Due Process (CDP) notice before initiating a wage garnishment against you.

Stop Wage Garnishment at a Collection Due Process Hearing

You have 30 days to respond to the CDP notice and request a hearing. There are three main ways to prevent the wage garnishment (or another type of collection action).

A fourth option is to file for bankruptcy, which would temporarily stay any collection actions, and in some cases provide permanent relief. Read our article on receiving a tax debt discharge in bankruptcy for more information.

If the wage levy has already occurred, you will once again have to give the IRS a good reason for releasing the levy. The IRS can levy a significant portion of your regular wages, based on your filing status and number of exemptions claimed. Any bonuses can be entirely seized by the IRS as well.

If you need assistance finding the best collection alternative or requesting a wage levy release, consult a tax controversy attorney.