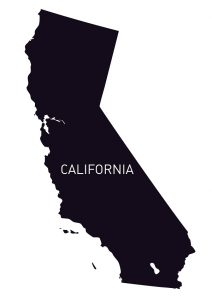 A Beverly Hills resident has been indicted on several charges for failing to disclose foreign accounts and then allegedly lying to the IRS Criminal Investigation (CI) unit. The charges faced by Teymour Khoubian include the following:

All of the facts set forth in this post are as alleged in court filings, and have not been proven. For the tax years between 2005 and 2010, Khoubian did not report his financial interest in several German and Israeli bank accounts or the interest income his earned on those accounts. In 2008, the value of his foreign accounts was $20 million.

At the same time, Khoubian claimed refundable tax credits, including the Earned Income Tax Credit, which is a credit for low-income working individuals and families. In 2012 and 2013, Khoubian filed an FBAR, but failed to report his interest in any German accounts.

One tactic that Khoubian used was to provide the German bank with his Iranian passport and a residential address in Iran, and he sent a letter to Bank Leumi claiming that he was living in Iran when he was actually living in Beverly Hills.

Finally, the indictment states that Khoubian lied to the IRS Criminal Investigation  unit by claiming that he did not own any German accounts between 2005 and 2010, and that he had transferred the funds from the German account to the United States.

Khoubian faces a possible sentence of three years in prison for corruptly endeavoring to impede the internal revenue laws and three years for each count of filing false tax returns, along with five years in prison for each count of filing a false FBAR and making a false statement. He could also be required to pay restitution and monetary penalties.

Offshore bank account problems can start with an innocent mistake, and then deteriorate into something more serious and costly. Rather than try to cover up your failure to file FBARs and report offshore income, consider the offshore voluntary disclosure program (OVDP), or—if you meet the eligibility requirements—the streamlined filing compliance procedures.

Consult with a tax problem attorney to discuss your options, and prevent the possibility of an IRS criminal investigation before it happens. For more information, download our free special report, Nine Questions You Should Be Asking About the IRS Streamlined Filing Compliance Procedure for Unreported Foreign Accounts.