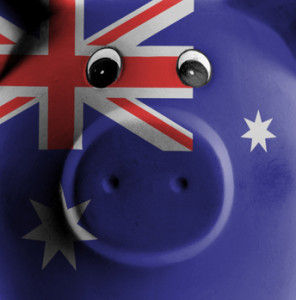 The other day our tax lawyers posted the materials we have received so far in response to our FOIA request regarding Australian Superannuation accounts and other foreign retirement plans. The most interesting thing we found was a series of emails between various technical specialists in the IRS’ Offshore Compliance Group, IPN OVDP Coordinator. (By the way if anyone knows what IPN stands for, please leave a comment on our Tax Problem Attorney Blog). These emails indicate that at least through early 2015 some IRS personnel, including those who were presumably in the best position to understand the intricacies of foreign retirement plans still had many questions. Because the emails are redacted, it is difficult to tell exactly who was in the dark. The emails may support an argument that there was reasonable cause for any failure to report income, file FBARs (Foreign Bank Account Reports, FinCEN Form 114), or file Forms 8938 related to foreign retirement plans including Australian Superannuation accounts.

We have made some headway with the assistance of counsel on the issue of the Australian Superannuation (ASA) funds which I discussed on yesterday’s OVDP coordinator call. Now I am formalizing all the thoughts trapped in my head and notes and I hope this provides clarification. Now, if the given case has some caveats we will want to raise it to counsel for more detailed consideration. So let me begin now…

In general, an employer funded ASA will indeed qualify as a 402(b) employee trust. So what does this mean? It means that:

1. Vested employer contributions to the ASA are taxable to the taxpayer at the time of contribution per IRC 402(b)(1).

2. The income accumulated in the ASA will remain untaxed until distributions are made and taxed per reference to IRC 402(b)(2) and 72,

So what about the OVDP penalty? Well we are currently looking into whether a foreign 402(b) employee trust account needs to be reported on an FBAR. I am under the impression that it is reportable since the Form 114 instructions only specifically list 401(a), 403(a) and 403(b) as exempt from FBAR. If the ASA is reportable on an FBAR then all we need is a dollar of unreported income and it will be in the OVDP MOP. Again this dollar of underreporting for a 402(b) will come from unreported contributions or distributions as outlined above. Ok, so what if the ASA is not reportable on an FBAR? Well then it may still be includable in the OVDP MOP under the theory that an account is being funded with untaxed contributions but of course we may hit the penalty cap under FAQ 50 since there will not be a direct FBAR tie to base the penalty and we will need to rely on other accounts increasing the FBAR underreporting to keep us under the 50% FBAR penalty max. The FBAR and OVDP MOP issues need some work still and hopefully we can get answers ASAP for you and others facing ASA’s in the field.
[Emphasis supplied]

So as late as the end of November 2014, whether an Australian Superannuation account was a foreign financial account reportable on an FBAR (FinCEN Form 114) was still a topic of discussion! The email is also revealing in that it seems to reflect a mindset to attempt the maximization of the amount of the OVDP penalty.