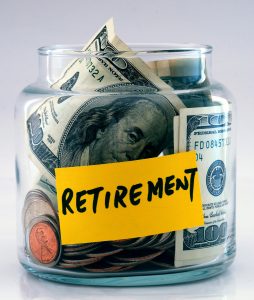 The Taxpayer Advocate is a tireless champion of taxpayer rights. The Taxpayer Advocate is required by law to issue reports to Congress. Her most recent mid-year report was recently released. One of her issues was that the IRS continues to levy on retirement accounts even though the IRS guidance to its revenue officers is “insufficient to protect taxpayer rights.” As her report points out, the IRS has identified three steps which MUST be taken before a Notice of Intent to Levy can be issued on a retirement account such as IRA Qualified Pension, Profit Sharing, and Stock Bonus Plans under ERISA, and Retirement Plans for the Self-Employed (such as SEP-IRAs and Keogh Plans). These steps are:

A very significant issue in all cases is whether or not the taxpayer’s conduct is “flagrant.” The Taxpayer Advocate believes that despite recent changes in the IRM insufficient guidance is provided to IRS Revenue Officers to determine what conduct is flagrant. The IRM does not contain a definition of what is flagrant, although it does contain examples. Some of the examples contained in the IRM are:

In her report, the Taxpayer Advocate states that since June 2015 the IRS has greed to remake changes of some of these examples. Her report cites IRM 5.11.6.2(5), Funds in Pensions or Retirement Plans (June 14, 2016). Unfortunately these changes have not yet been posted to the IRS’ website so our tax attorney’s can’t comment on them.

Additionally, the Taxpayer Advocate continues to be concerned that without a definition of flagrant conduct, the determination of whether or not to levy on a retirement plan will be subject to the whims of a particular revenue officer. The Advocate has suggested a definition of flagrant conduct to include a “willful action (or failure to act) which is voluntarily, consciously, and knowingly committed in violation of any provision of chapters 1, 61, 62, 65, 68, 70 or 75, and which appears to a reasonable person to be a gross violation of any such provision.” Thus this is one more area where it pays to have zealous representation by a tax litigation attorney who can effectively set forth the reasons in favor of NOT levying on a retirement account.