A 45-year-old Ohio man has pleaded guilty to filing false personal income tax returns after admitting to having nearly $1 million in an undeclared offshore bank account, the U.S. Department of Justice reported.

Tax attorneys are being called to handle such cases with increasing frequency. As we report frequently on our Tax Problem Attorney Blog, the Offshore Voluntary Disclosure Initiative gives taxpayers a chance to avoid criminal prosecution for failing to file FBARs (Foreign Bank Account Reports) by self-reporting and paying interest and penalties. 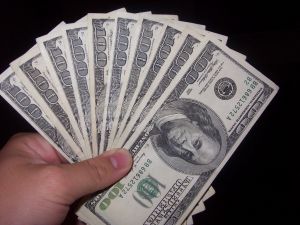 Over the last several years, the government has significantly ramped up enforcement against U.S. taxpayers who use Swiss bank accounts or other overseas accounts.

In this case, Edward Gurary pleaded guilty before U.S. District Judge Dan Polster in Cleveland to charges of filing false personal income tax returns from 2004 to 2008. Court documents indicate Gurary has lived in Switzerland since 2010 but was residing in Orange Village, Ohio during the years relevant to the prosecution. Gurary admitted to owning a UBS AG account in the name of a Bahamian entity, named Demko Ltd., which carried a balance ranging from $490,000 to $947,000.

The Internal Revenue Service alleged unpaid taxes ranged from $3,400 to more than $21,000 per year. This is generally below the threshold that many tax attorneys believed would trigger a criminal tax prosecution.

As part of the plea, Gurary also admitted that he falsely indicated on his Schedule B that he did not have authority over any foreign financial accounts. In addition to the UBS account in Switzerland, the defendant also had significant assets at Credit Suisse AG.

An FBAR form is required to be filed with the IRS each June on any financial accounts that have exceeded $10,000 in the reporting year, and over which the reporter has signature control or ownership.

Gurary agreed to pay a 50 percent penalty of the highest aggregate amount in the two accounts between 2002 and 2007. He tendered a check to the government for $300,000 at the sentencing hearing and has agreed to surrender a $200,000 cash bond at sentencing.

He will face a sentence of up to three years in prison and a $250,000 fine at his June 1 sentencing.

Those facing an FBAR violation or issues involving offshore bank accounts, tax fraud or tax evasion should contact an experienced tax litigation attorney sooner rather than later. Contact the tax attorneys at the Brager Tax Law Group, A.P.C. for a confidential appointment to discuss your rights. Call 310-208-6200.