A father and son team of Miami hotel developers have been sentenced to 10 years in prison after being convicted of conspiracy and filing false tax returns; the government alleges they tried to conceal more than $150 million in assets in offshore bank accounts, according to the U.S. Department of Justice.

Most of the allegations in this case stem from the sale of a New York hotel in 2000, which generated $33 million. They probably didn’t need a tax attorney to tell them that putting unreported income in an offshore bank account was illegal. 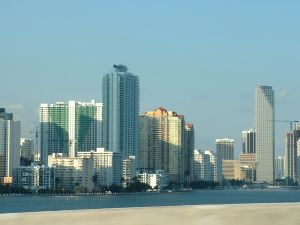 The Internal Revenue Service accused them of concealing more than $150 million in assets, including mansions, yachts, luxury cars and bank accounts. Together, they failed to report more than $49 million in income to the IRS.

“American taxpayers who seek anonymity and shelter behind foreign bank accounts in tax haven jurisdictions are simply running out of places to hide,” said U.S. Attorney for the District of South Florida Wifredo A. Ferrer. “Those who evade their income tax obligations will be found and will be held accountable for their actions.”

The case is another illustration of why taxpayers may want to take advantage of the Internal Revenue Service’s Offshore Voluntary Disclosure Initiative, which permits citizens to avoid criminal prosecution by voluntarily reporting offshore bank accounts and paying interest and penalties. The IRS requires Foreign Bank Account Reports (FBARs) be filed each year, which disclose bank accounts that have a value of more than $10,000 at any point during the reporting year.

The two men were convicted of using shell companies and offshore tax havens in multiple jurisdictions, including the Bahamas, the British Virgin Islands, Panama, Liechtenstein and Switzerland. They are also accused of using shell companies to hide ownership of luxury homes and vehicles, file false tax returns, failing to file tax returns, and inducing witnesses to testify falsely under oath.

Cohen Assor and Cohen-Levy were the developers and owners of several hotels under the trade name Flatotel International, which had locations in France, Spain, Brussels and New York. About $33 million in proceeds from the sale of a New York hotel was transferred to HSBC in Switzerland and the income on the sale was never reported to U.S. authorities.

If you are facing criminal charges for tax evasion or charges in connection with offshore bank accounts, contact the tax attorneys at the Brager Tax Law Group, A.P.C. for a confidential appointment to discuss your rights. Call 310-208-6200.